The Colorado has been an instant hit for the civilian US market thanks to its size and reliable engines. However, it now seems that GM wants their truck, or at least its future successor, to be used by the US army as well. However, instead of the usual conventional diesel truck, they did something special. The 2017 Chevrolet Colorado ZH2 is a brand new development mule and concept showcased by GM a few days ago. The truck is expected to be part of a new generation of vehicles for the US Army, mostly used for light transportation. So far this role has been fulfilled by regular full-size diesel. This time around, though, the ZH2 is an electric vehicle. 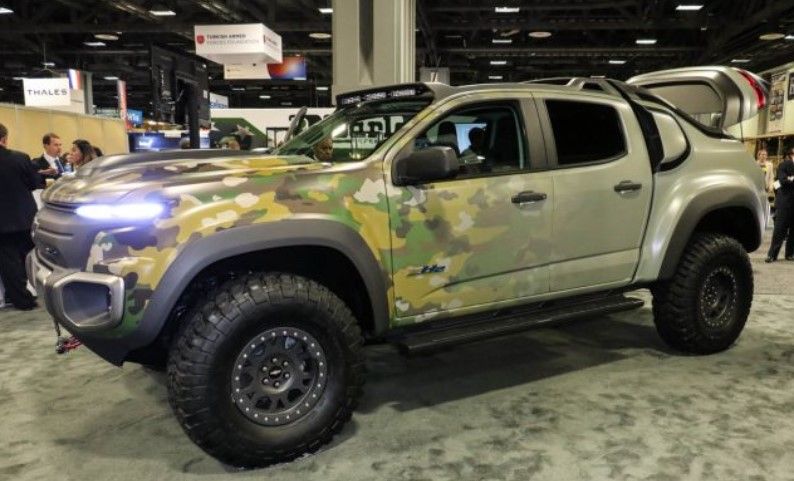 So far all electric cars require at least 30 minutes to more than a few hours of recharge time. In order to get past this limitation, the ZH2 is actually a hydrogen fuel cell vehicle. This means that it only requires hydrogen and oxygen to make electricity. The refuel time for this type of tank is usually less than 5 minutes, and the range is comparable to a standard electric vehicle. This makes it perfect for army use. On top of that, there are a few more points in its favor which we are going to discuss next.

The 2017 Chevrolet Colorado ZH2 is nothing more than a concept and a development mule at this point. Even GM stated that the car is still under development and it should improve up until April 2017 when it will be deployed to three different military bases. As we mentioned, the hydrogen powertrain is quite a bit more interesting than your regular diesel or electric vehicle.

For starters, being a fully electric truck, the heat signature as well as the noise levels are really small. This should allow it to operate in areas where the usual diesel truck can’t. On top of that, it should also improve the comfort of its passengers and it will not pollute as much. 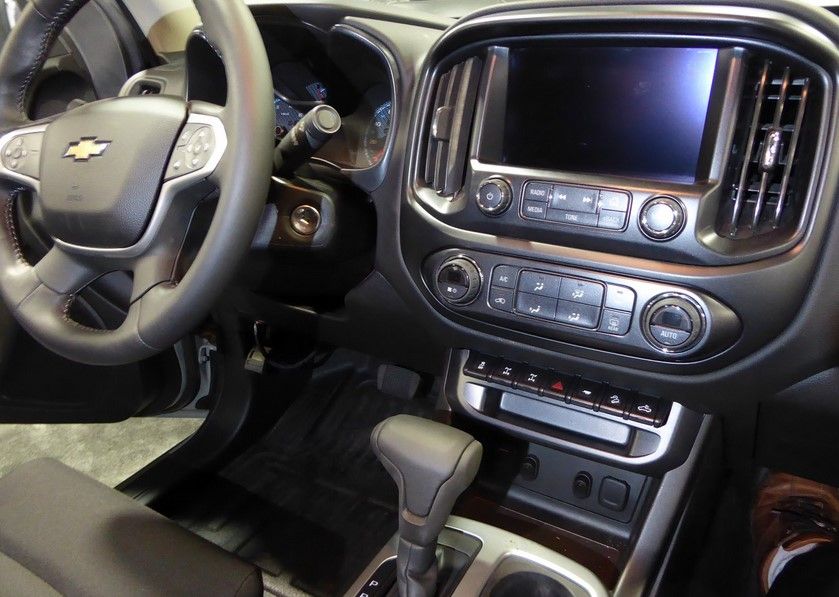 Secondly, the hydrogen system can be used in a few ways and not just as an engine. The ZH2 concept comes with a large on-board hydrogen tank which supplies power to its electric motor. On top of that, in the bed, there is a mobile hydrogen fuel cell which can provide between 25 and 50 kWh of power. GM stated that this could be very useful to power a field hospital, power tools or any other electric equipment.

This will be silent, won’t produce heat and its only real side-product will be fresh water. While it may not sound as important, the truck, as well as the portable cell, can make up to 2 liters of fresh water an hour which could prove lifesaving in certain situations.

Charles Freese of GM: “It was almost begging to be done.”
– (Jim Motavalli photo)

Even though there are plenty of strong points over diesel, the technology still is in its early stages. However, this will certainly improve. GM announced that they aim for 350 to 400 miles of range on a single hydrogen tank. This would be right in line with a standard diesel while having the previously stated advantages. However, at this point, the truck can only travel little under 150 miles mostly due to the available technology.

The 2017 Chevrolet Colorado ZH2 is not just a test mule. Like we said, the truck is also a concept. Even though it is similar to the regular Colorado, it has changed quite a bit. The wheelbase is now right between the short-bed model single-cab and the larger crew-cab. The concept sits on 37-inch tires while the approach and departure angles have been considerably improved. The cabin is the same as before, but the entire front end, as well as the bed, changed.

All the lights are now fully LED lit in order to save as much power as possible. The bed shrunk quite a bit with a view to accommodating the portable fuel cell behind the passengers.

Inside the cabin, things are pretty much identical to the current production model with a few minor differences. Right behind the front seats there is a steel bar which offers mounting points for the four-points harnesses. All four seats have also been changed to Recaro units, but it is safe to assume that a future production army model will not feature any of these.

The RX-7 is probably one of the best known Japanese sports cars right alongside the RX-8, the Nissan GT-R, and …