Hyundai is not really known for making trucks but for making really affordable and high-quality family cars. Well, it seems that they might want to tackle the truck market as well because not that long ago they released the Santa Cruz concept. This might actually go on the market as the 2018 Hyundai Santa Cruz, and it might be the second car-based truck to hit the market after the Ridgeline. Just like the previously mentioned truck, the Santa Cruz would be a front-wheel drive car at its core sharing the same chassis with the Santa Fe.

Even though at this point nothing is official, Hyundai might have some problems with making the car successful as gas is quite cheap in the US at this point and people are looking at larger models. 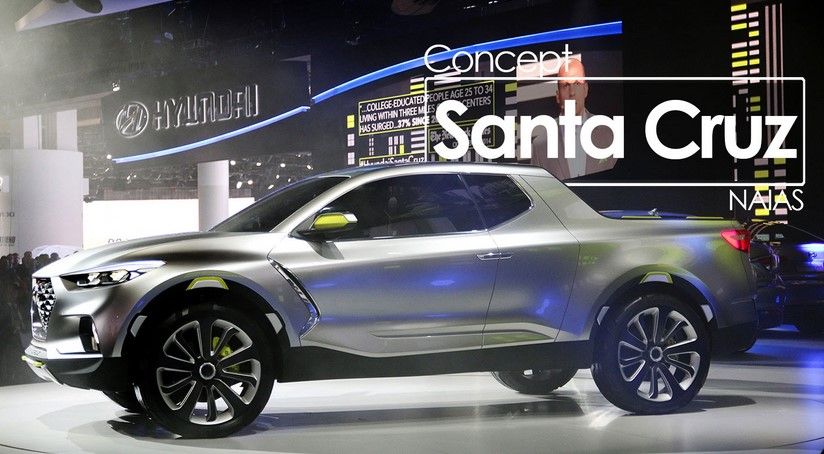 The concept showcased at the start of 2016 looks like a more aggressive version of the current Santa Fe. However, the production model of the Santa Cruz might offer a slightly different approach. It might get the same styling that can be found on the Santa Fe which wouldn’t be all that bad. We expect the two to share the same front fascia, but the Santa Cruz might actually be wider. This would be achieved via wider fenders and wheels as well as a new hood.

The back will obviously boast a bed, but unfortunately, the size is unknown. Our best bet would be that Hyundai will offer a similar size to that of the Ridgeline. On top of that, a trunk inside the bed, as well as power-outlets and even the modular cabin, are all expected to be available for a future production model.

Unlike the Ridgeline, or any other truck for that matter, the 2018 Hyundai Santa Cruz might be a bit sportier than many expect. The concept showcased a really low ground clearance, and this might be present on the production model as well. Even though it may be a strange move, it would allow Hyundai to address the sportiness of their truck, and it would make it a bit more desirable for the regular sedan buyers. If this will work then, we are quite sure the Santa Cruz will open an entirely new market out there.

The interior and its features

So far the concept is just that, a concept. Despite that, the interior seems to be heavily influenced by the Santa Fe and the smaller Tucson. This makes us believe that the production version of the truck will borrow from its two siblings. However, despite that we do expect it to come with more rugged materials as well as a more utilitarian set of features.

For this model, we might see features such as an automatic sway-control system for a trailer, a 360-degree camera system as well as all the regular safety systems usually found in a car. An outdoor entertainment system with external speakers and power-outlets should also be a feature on the car.

At this point, it still is unclear what the 2018 Hyundai Santa Cruz will feature as the prime mover. Many people suggested that it would get diesel. However, while this is possible for the European market, the US market will most definitely receive a petrol engine, most likely a 2 liter turbocharged inline 4 unit which can also be found on the Genesis Coupe. This engine is known to make between 210 and 274 horsepower, and it could easily give the Santa Cruz the oomph it needs to become competitive. However, unlike the Genesis, the Santa Cruz will be front or all wheel drive with a transverse engine. This means that it will most likely share its gearbox as well as the optional all-wheel drive system with the Santa Fe.

On top of the base 2 liters turbocharged engine, the 3.3 liters naturally aspirated V6 from the Santa Fe is also a real possibility. This makes 290 horsepower, and it is by far one of the best to drive engines ever to be fitted to a small SUV. Like with the Santa Fe, we do expect the Santa Cruz to offer either a six-speed manual or a six speed automatic. In any case, the truck should be quite responsive and very fuel efficient for what it is.

The drawback will be the maximum payload capacity as well as the actual towing rating. There are a few sources out there which suggest for a towing capacity of around 2,500 pounds. This is less than pretty much any other truck out there, and it might become a problem in the future. The V6 would definitely be capable of more, but it all depends on how the 2018 Hyundai Santa Cruz will be tweaked.

Even though this will be the case, the 2018 Hyundai Santa Cruz might become quite successful everywhere else. The concept looks amazing, and the production car should not be far from it. At this point, the release date is, unfortunately, unknown but considering the concept looked quite ready, we might see the production version by the end of 2017.

The price might hover around $30,000 for a base model which would be perfectly in line with its direct competitor. The only problem in the US would be trucked like the Colorado or the upcoming Ranger, both of which will cost under $25,000. Hyundai’s CEO stated that the Santa Cruz would be the perfect CUV for those usually getting a sedan but do want more space and utility. 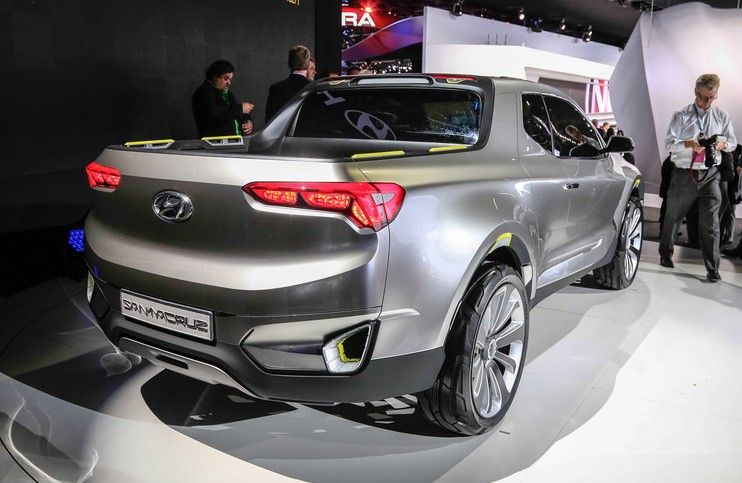 While we tend to agree with him, the 2018 Hyundai Genesis would have to overcome some problems in order to do so. For starters, it would have to have a usable trunk, car-like driving characteristics as well as plenty of comforts. If the Ridgeline is anything to go by then, the Santa Cruz might be something special.

We are quite sure at this point that Hyundai learned a lot from their rivals, but this doesn’t mean that it will be perfect. Many manufacturers did make mistakes, and Hyundai might be among these, especially since the Santa Cruz might not be the car-replacement they say it will.

There have been many rumors in the past few years about the Ranger returning to the US market. However, only …

2017 NAIAS – Ford presented the latest news and confirmed rumors, Ford Ranger will be available by 2019. year. After …