We all knew Kia is trying to compete with the large luxury car manufacturers from Europe such as Audi or Mercedes. Up to this point, despite offering compelling packages, Kia was not as successful as most of us hoped. To change that they just released a brand new car which came out of nowhere. The 2018 Kia Stinger was released a few days ago and despite its name, it is a very impressive automobile. For starters, the car is based on a new rear wheel drive platform which has nothing in common with Kia’s other cars. The platform is a development of that found in some Genesis models.

This means that it uses aluminum and high strength steel to offer a very rigid car. Regarding size, the Stinger is roughly the same size as an Audi A4 or Alfa Romeo Giulia. The comparison between it and the latter is very interesting, but more on that later.

The Stinger is Kia’s first car of this kind. Even though they had rear wheel drive models in the past, the Stinger is the first true executive sports sedan. It manages to tick in all the boxes, and it may become a success. The only real problem with it is the badge. There are still many people out there who prefer buying an Audi, Mercedes or BMW just because of the badge on the hood. However, if you look past it, the Stinger might be a better choice than any of its rivals. Like its siblings, the 2018 Kia Stinger should offer great value for money while also being built with a lot of care.

So far most cars Kia made have been built just as well as cars from competitors like Audi or Mercedes which is not an easy feat. The car will hit the market in the summer, and it will be available, at least for starters, in the US and Europe. The price is unknown, but we expect a base price close to $35,000 or little over that.

Kia’s current chief engineer is the former BMW’s M Division head engineer. This also means that the Stinger has been extensively developed on the Nurburgring to offer the best possible driving experience out there. The rear wheel drive chassis has been tuned to perfection, and it seems that the car didn’t lose its creature comforts in the process.

The 2018 Kia Stinger is roughly 5 inches longer than any of its rivals and features a longer wheelbase as well. However, it is both lower and wider, so it looks a lot more aggressive than any of them. The look of the car has been crafted to give it a really unique character. The front end features Kia’s familiar “tiger’s nose” grille. However, this is one of the few familiar traits about it. The headlights are swept back, there is a splitter integrated into the bumper, the vertical fog-lamps make for a really aggressive look while the hood scoops give it a flair that none of its competitors has.

Thanks to its sheer size and really low roof, the Stinger manages to impress through a real liftback design which reminds us of the Panamera. We did mention above the Alfa Romeo Giulia. It and the Stinger feature a really similar front end so it is safe to assume Kia was inspired by the Italian manufacturer. The slim and high-mounted tail lights and the quad exhaust system make the Stinger look a bit too much like the Giulia.

However, while some will be troubled by this, there is no denial about the fact that the Stinger looks amazing. The interior is far less striking with a very similar layout to Kia’s other large sedans. The center console is wider though, and there are nicer materials which are an indication of its price point. 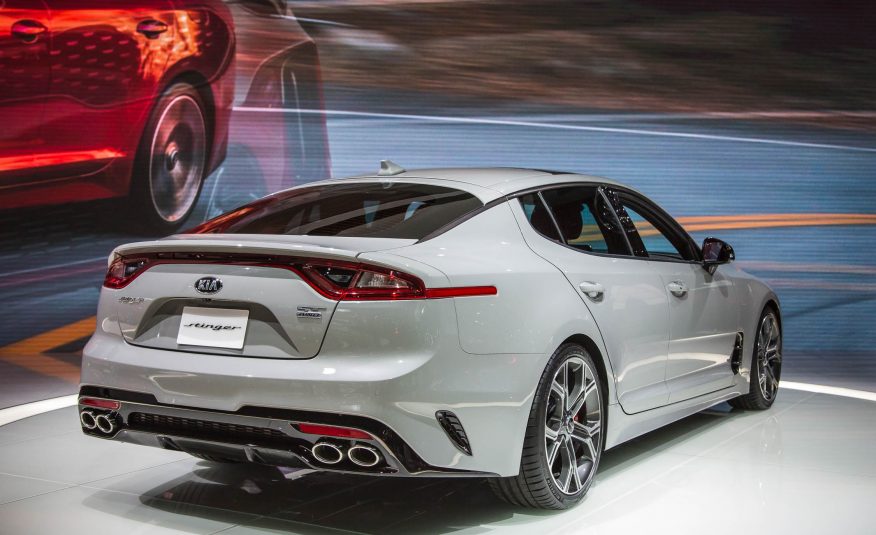 The 2018 Kia Stinger has been showcased with two different engines. The base car will get a 2 liter turbocharged inline 4, similar to that in the Genesis. This will make 255 horsepower and 260 lb-ft of torque, the latter from just 1,400 rpm. The top end model will get a 3.3-liter twin-turbo V6 with 365 horsepower and 376 lb-ft of torque, more than enough to pose a problem for its European rivals. The only transmission of choice is an eight-speed automatic.

As an extra Kia also offers as standard a limited slip differential for the rear wheel drive model. The all wheel drive version, on the other hand, gets a standard torque vectoring system which is even more impressive. 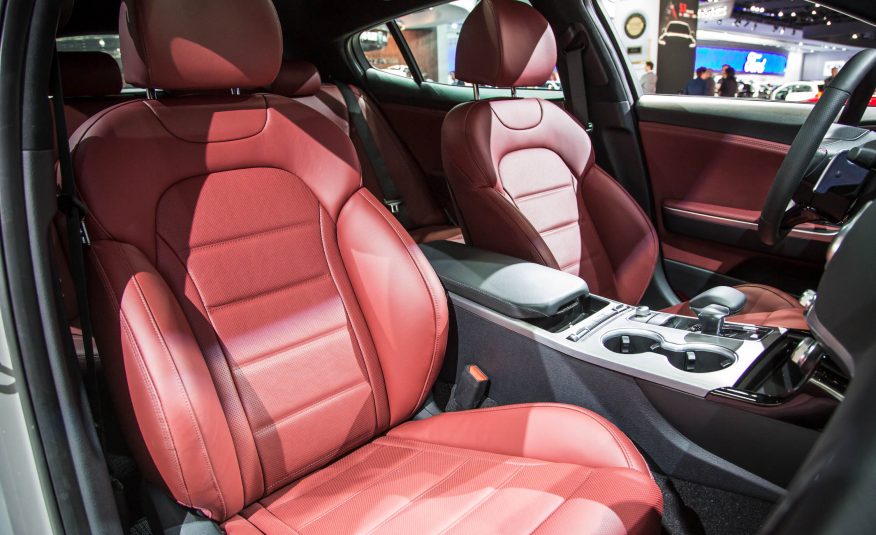 Released back in 2009, the current A8 can’t really match the newer competition. However, it still is one of the …