After many rumors about the new WRX and STI, Subaru finally released the cars a few weeks back at the North American International Auto Show. Unfortunately, the result is a bit disappointing, especially for those waiting for a new car. Instead of going with a new design, the 2018 Subaru WRX and WRX STI are mostly the same as before. They did work on the interior, and the exterior is slightly more impressive. However, the platform the two are based on as well as the engines remain unchanged.

While this is disappointing, Subaru did announce the news a while back. They did say that both the WRX and STI are too new to be thinking about a redesign. Even though the two are still based on the Impreza, the two are regarded as separate models by Subaru. This means that the cars have to pass through the 4 to 5 years development cycle.

The cars are set to arrive at dealerships this spring, and the price will be announced later down the road. However, we are positive that the cars will still cost roughly the same as before, especially since the changes have been kept to a minimum.

Seen from the profile, or from the back, the 2018 Subaru WRX and WRX STI are identical to the previous models. However, both cars received a new front fascia. This has been updated with a grille similar to that on the new Impreza, larger air intakes and even a larger splitter on the STI. The higher end models of the WRX and STI now get new LED headlights that swivel during turns as well as redesigned daytime running lights.

Inside the cabin, Subaru worked quite a bit to make the WRX more comfortable and the STI a better buy. For starters, the WRX now gets larger and better quality screens, new armrests and door grips as well as better materials. The STI gets roughly the same upgrades as its cheaper sibling with the only difference being the standard Recaro seats and different instrument cluster.

Under the skin – chassis

Both the 2018 Subaru WRX and WRX STI get quite a few chassis upgrades. The suspension has been revised in order to make them more controllable. On top of that, the electrically assisted power steering has been tweaked to make them offer a lot more feedback than before. The STI gets a new center differential which is now a fully electronic unit.

Its brakes are larger as well and use better calipers than before with six pistons in the front and two in the rear. These should allow it to be considerably faster than the previous model. 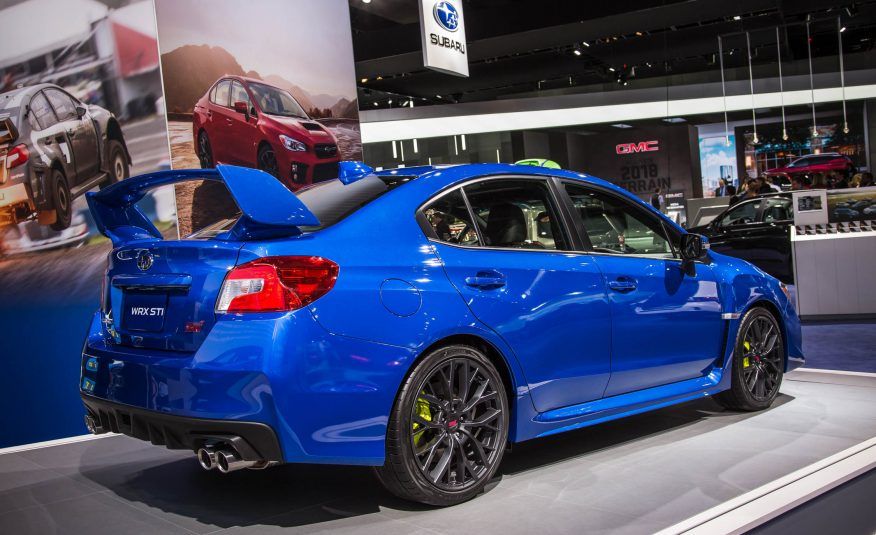 While the STI makes more power, the WRX has all the torque available from 2,000 rpm in comparison with the 4,000 rpm needed by the EJ. The engines are relatively powerful, but none of them is all that impressive, especially when compared to their rivals.

If you’re planning to buy new or used cars in Houston but you have bad credit, then the following suggestions might come in handy.  1. Work on your credit  …