Despite being released in 2011, the current generation of the Continental GT is identical under its skin with the model released in 2003. On top of that, that car is based on a platform that dates back to the late ‘90s. This means that despite being not that old, the current model can’t really match the likes of its competitors. In order to change that Bentley has been working on a successor for some time now. This was first spied back in the early 2016, and the changes seem quite impressive so far.

The new car will be priced similarly to the current model. The base version should still start right under $200,000 with the top end versions going well past that. The release date is still unknown, but we might see a production ready version released at the upcoming Geneva Auto Show.

Instead of being based on the same old D1 platform, the upcoming 2018 Bentley Continental GT will use Porsche’s brand new MSB modular chassis. This is intended for large rear wheel drive applications, and the first car it was used on is the new Panamera. This is great news for anyone looking to get a Continental. Why? Well, the new chassis is lighter, considerably stiffer and it also sports a much lower center of gravity.

Above we said that Bentley has been testing prototypes for the future cars ever since the early 2016. All of these were wearing rather revealing camouflage which is quite unusual. We suspect that the main reason for this is that Bentley wants its customers to know what they can expect from the future. The new 2018 Bentley Continental GT seems to be just as long as its predecessor.

However, the car is definitely wider, and it seems to be lower as well. In the front, we see the same design cues found on the EXP 10 Speed 6 concept such as the rounder, and smaller, headlights and the much smaller grille. The latter is also mounted much lower on the car, so it gives the impression of a sportier model, similar to what Aston Martin have been doing with their cars for ages.

The new Continental also seems to sport a much longer hood and together with the more muscular lines offer a much more aggressive stance than before. The rear end seems to be just an evolution of what is currently available on the GT. 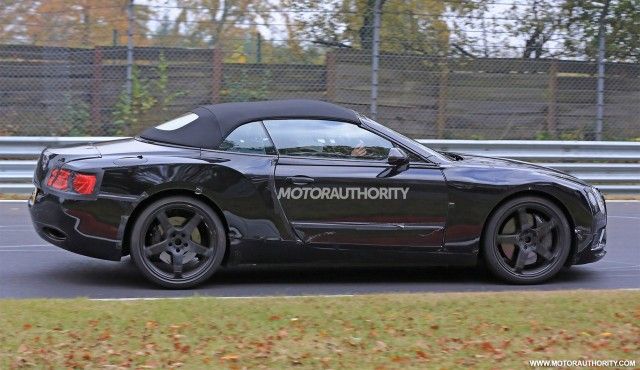 So far we haven’t manage to get a look at the interior of the 2018 Bentley Continental GT. However, considering the new Bentayga and the EXP 10 concept it is safe to assume that the car will be nothing like its predecessor. The rough dashboard design should be similar to the Bentayga. However, due to being narrower than the SUV, the center stack might be a lot more similar to the EXP 10 concept than most rumors suggested.

The new 2018 Bentley Continental GT is more than likely going to feature a W12 engine for its release. This should be the same 6-liter twin-turbocharged unit that can be found on the new Bentayga. The engine might be tweaked to make north of 600 horsepower and 650 lb-ft of torque which would easily make it the most powerful car in its class. Later down the road, Bentley should release at least two additional engines for the Continental GT.

They are expected to release a base model sporting a 4 liter twin-turbocharged V8, the same as in the new Panamera. This is known to make 550 horsepower, but it might be toned down for the Bentley. A hybrid is also a real possibility. Not that long ago Audi released the Q8 which sports a 3 liter V6 coupled to an electric motor which makes a combined output of more than 400 horsepower.

This would be perfect for Bentley, but it remains to be seen if the production model will go through with it. The car should come with all-wheel drive and a dual-clutch eight-speed unit as standard.