Are you ready for one more supercar by German automaker? Here’s the latest monster, named 2018 Mercedes AMG GTR. At the end of 2014 Mercedes released their brand new supercar, which is more of a grand-tourer, the AMG GT. This is the successor for the SLS, but it is smaller than it, it is less powerful and a lot more efficient. Despite that the AMG GT is usually faster, and its S version is quite a bit faster than its predecessor.

All of these have been possible mostly thanks to its highly developed carbon fiber structure which is based on the SLS chassis. However, this is where the similarities between the two end. Not that long ago Mercedes was releasing the GT3 racing version of the GT, which managed to become quite successful. Despite that, a road-going version is still unavailable which means that the GT-S is still the fastest out there, and it shouldn’t be all that hard to outrun.

Speed is usually achieved by either more power or by taking the weight of the car. Due to that, the 2018 Mercedes AMG GTR is going to be both lighter and stronger than before. Firstly AMG is going to work on the car’s body. They will take out all the unnecessary parts such as the hydraulic rear spoiler or the heavy roof and hood. In their place, they are going to install new carbon fiber parts. At the back, a larger carbon fiber fixed wing will take the place of the older active spoiler. Also, the hood is expected to feature hot-air extractors, and it should be lighter than before.

At the back, the camouflaged version of the car also featured a center-mounted twin-exhaust and a much larger diffuser than the regular version of the car. While we can’t say for sure from the prototype, some said that AMG could install carbon fiber wheels on the GT R. This would improve the way it handles tremendously and with the help of sticky tires it should provide tremendous levels of grip.

Another nice touch by them is the new badge. The 2018 Mercedes AMG GTR is going to feature a yellow-on-black badge instead of the red used for the S model. On top of that, it seems that the interior of the car is going to use the same color scheme. Not that long ago Mercedes showcased a teaser which revealed lightweight bucket seats wrapped in Alcantara with contrasting yellow stitching. The seat-belts also seem to be yellow, and we are pretty sure that most of the interior will follow this scheme closely. Other options might be available as extras but for now, this is all Mercedes revealed to us. 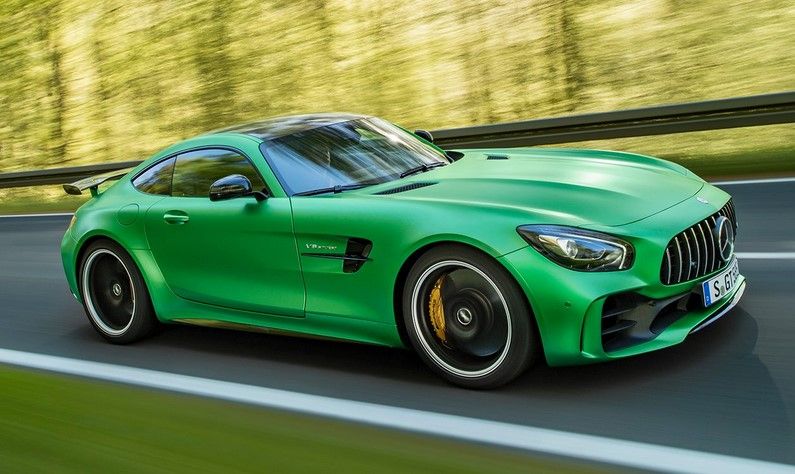 The changes are not going to stop just on the outside and inside the cabin. In fact, the most impressive upgrades are likely going to be to its running gear and engine. Mercedes already revealed that the AMG GTR is going to be faster than the SLS Black, which was already a very fast machine to start with. This should be achieved by stiffer shocks and springs with a better electronic control system. On top of that, the car is likely going to hit the market with carbon ceramic brakes offered on the base trim level. These will be very helpful, especially on a racing car.

The larger rear wing at the back will save weight, and it will also provide downforce while the larger diffuser should help it stick to the track better. The center-mounted exhaust is expected to be made out of titanium which will save quite a bit of weight over the conventional materials. The result should be a car that will weigh less than 3.300 pounds, nearly 300 pounds less than the regular version. This would be a huge improvement and with the help of the most powerful engine, the new AMG GTR should become one of the fastest road-going cars ever made.

Just like with the SLS Black, the 2018 Mercedes AMG GTR is going to feature an improved version of the same engine found in the regular car. However, thanks to the fact the base engine is turbocharged, the gains should be quite easy to achieve. The early rumors, which are quite pessimistic, suggest for an output close to 550 horsepower and 500 lb-ft of torque. Together with the massive weight loss of the car, this should be more than enough to allow the GTR to be a fast machine. However, it may not suffice to beat some of its much powerful competitors. Some inside information suggests for an output of 570 horsepower and little over 510 lb-ft of torque. Together with a revised seven-speed dual clutch automatic, the new GT-R should be one of the fastest cars out there.

Early rumors suggest for a 0 to 60 MPH time of around 3.5 seconds and a top speed close to 200 MPH, which would be slightly less than the base model. This is because the car will feature a lot more downforce and a bit more drag which will reduce its top speed but it should allow it to take corners at higher speeds which also means better lap-times. 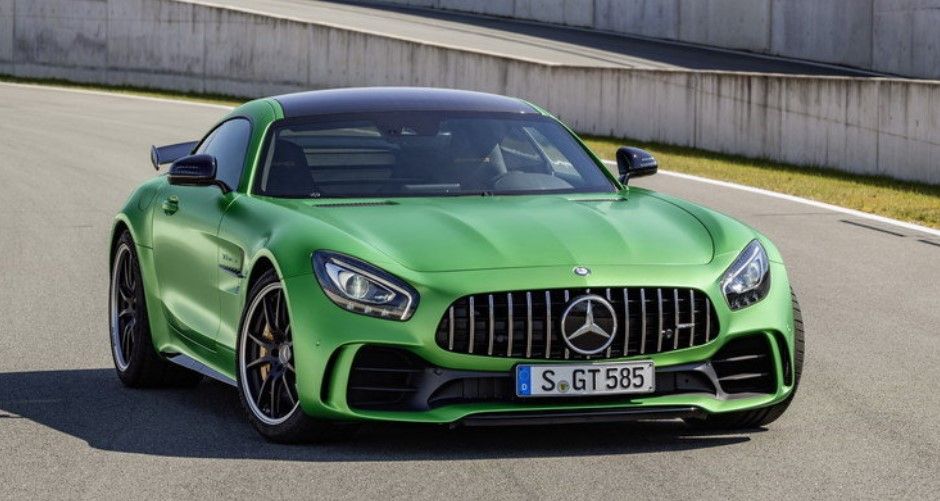 Also, keep in mind that although it will be showcased in a few days, the car is not going to hit the market until at least the end of the year. Also, this is not the Black Edition version. Mercedes made that clear a while ago. They said that the GT would feature not one but two or three highly specialized versions, and the R is the first of the lot.

The price is also unknown at this point but considering all the upgrades and the $130,000 base price of the S, the GTR might cost more than $180,000 or even more than that.

After Mercedes released the sedan, wagon, coupe and All-Terrain versions of the E-Class, they are nearly done with model range. …