After Mercedes released the sedan, wagon, coupe and All-Terrain versions of the E-Class, they are nearly done with model range. Not that long ago Mercedes allowed journalists to test the last model of the E-Class range, the cabriolet. The car is set to debut at the upcoming Geneva Auto Show. Despite that, it was showcased a couple of times already, but not fully. There are still a few things to be released, but more on that later.

The new 2018 Mercedes E-Class Cabriolet is going to be a massive step-up over the older generation of the car. For starters, the new model is actually based on their new MRA chassis. This is the same that underpins the new E-Class, so it has very little in common with the older model which was based on the C-Class.

Thanks to this new platform, the E-Class Cabriolet will be nearly 5 inches longer than its predecessor, 3 inches wider and likely slightly taller as well. The car’s 4.4 inches longer wheelbase is also going to help with interior space and high-speed stability. The new aluminum chassis is also considerably stiffer than before, so Mercedes should be able to do without so many braces in the floor. This will not only reduce weight, but it will make the Cabriolet better to drive and more comfortable as well.

The car will likely hit the market roughly at the same time with the coupe, meaning right around the mid of 2017. Its price is definitely going to be higher than the $53,000 of the sedan. Some even suggested around $60,000 for a base car which would be in line with the older generation.

The European model of the 2018 Mercedes E-Class Cabriolet is going to feature more engines than the US model. This is in line with the coupe version of the car which is set as a higher end model. In contrast, the European model will get the E200 and the E300 models. Both of these will offer a 2-liter turbo-four with anything between 190 and up to 250 horsepower. Further up the range, there will be the E400. This will actually come as the base engine on the US market.

This 3 liters turbocharged V6 will make 329 horsepower and 354 lb-ft of torque, just as much as in the Coupe. A nine-speed automatic gearbox is more than likely going to be the only offering here. This should allow the car to accelerate from 0 to 60 MPH in around 5.2 seconds with a limited top speed of 155 MPH. It seems that this will be the only available model in the US at launch. Further down the line, the car should also receive an AMG-tuned 3 liter V6 with north of 350 horsepower.

A 4 liter V8 is also a real possibility in the future top of the line AMG model. This one is expected to make north of 500 horsepower which is going to be sent either to the rear or all wheels via a new seven-speed gearbox. 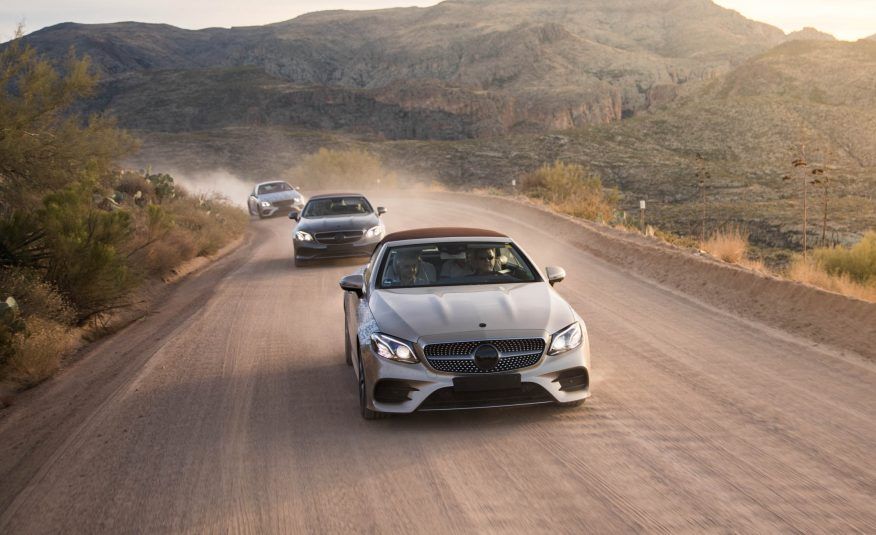 This has to be the largest change for the 2018 Mercedes E-Class Cabriolet. The car is not only larger than before but also much better looking. Mercedes finally departed from the boxy design of its predecessor towards something a lot more modern. In the front, it seems the car will share its fascia with the coupe. The aggressive grille, swept-back headlights, and small splitter are all going to be carried over to the cabriolet. The rear, on the other hand, will suffer some changes.

It seems the rear quarter are slightly wider than before. Despite that, the rear end seems to be identical to the coupe, so expect the same integrated spoiler, large tail lights, and overall minimalist design. A soft-top is going to be the only offering, but it seems multiple color choices might be available.

There is very little to say about the cabin of the 2018 Mercedes E-Class Cabriolet. Why? Well, besides being a convertible, it is going to be identical to all the other models in the range for the front half of the cabin. The rear will be mostly identical to the coupe. It seems Mercedes won’t do any crazy changes here, but they might add a few new trim levels to run across the rear deck-lid which will house the cloth roof. 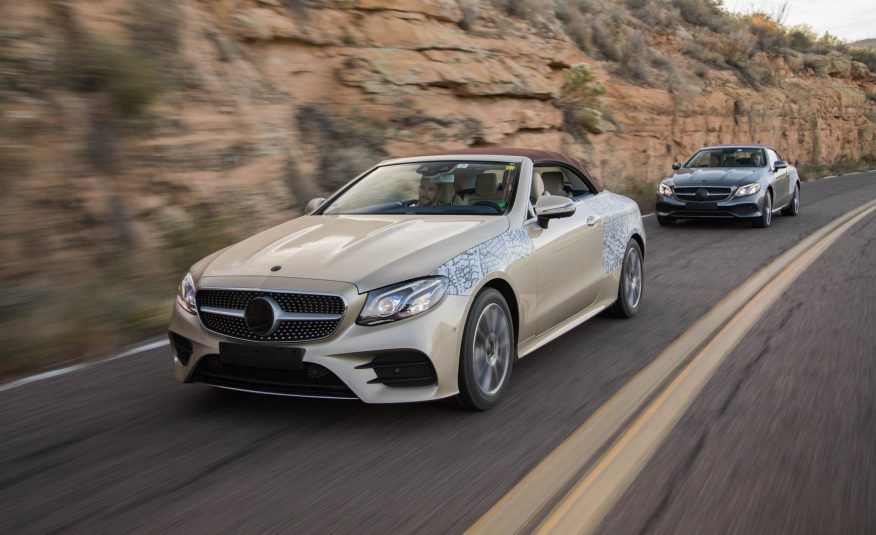