Home
NEWS
License Plates in the UK: The Banned Ones and the History

We have seen it in countless Hollywood movies. Personalized license plates are very popular in the United States, and their use is spreading to other countries, such as the United Kingdom. Today, there are many services that help anyone to have personalized license plates. However there are always things that are prohibited in almost all countries, and the UK is no exception.

To get a customized number plate in UK, visit EasyReg.

People are often very rude and imaginative when it comes to choosing the letters and numbers that make up the license plate, which is why the British registration authority, the DVLA, updates the list of censored or banned license plates every year. This list aims to reduce unnecessary conflicts in society considering that UK is a multi-racial and multi-religious country. Harsh and haphazard selection of license plates can offend a group of people, potentially disrupting social order.

A valid license plate requires letters and at least two numbers. The trick is to use the numbers as if they were letters, to try to fool the censors. It is a game of cat and mouse, with sometimes incomprehensible results. Censorship is often capricious. For example, the DVLA announces that no one can register the VA61 ANA license plate, but PEN 15 and ORG 45M are allowed. 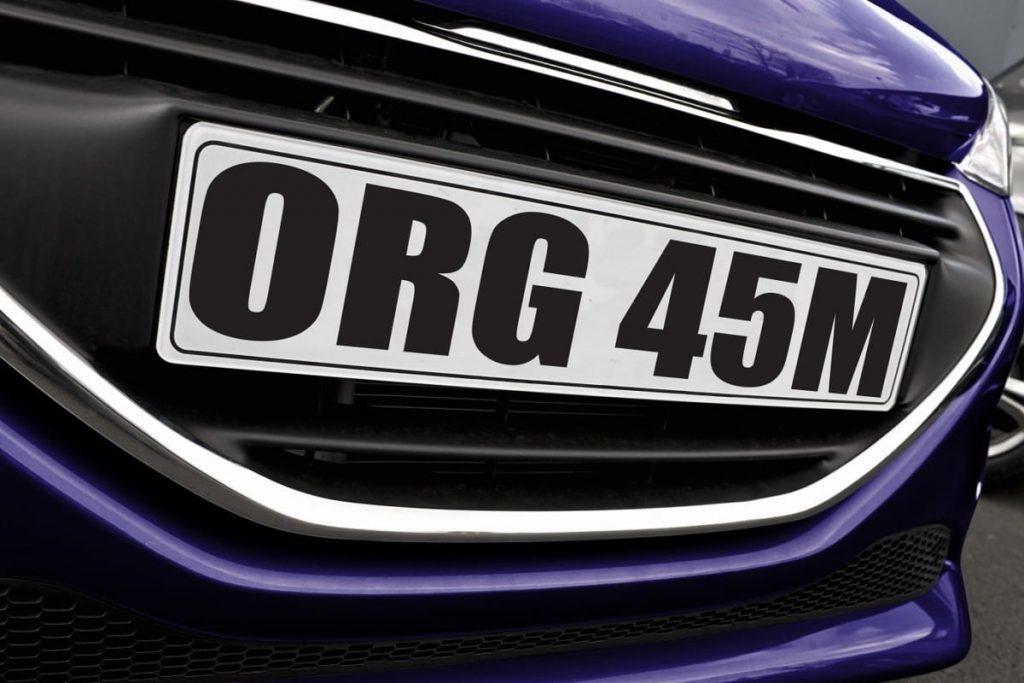 Don’t you see sense of the game? If you try to read the numbers looking for a very similar letter, you get the following: VA61 ANA (Vagina), PEN 15 (penis), ORG 45M (orgasm). We save the translation, because it is quite obvious …

The purpose of this list of censored license plates is to prevent vehicles like this from circulating on British roads:

But not all license plates have to do with sex or profanity.

Others focus on religious references. License plates 15LAM (Islam), AL14LAH (Allah), and JE55 US (Jesus) are prohibited. Number plates that appear to insult religious symbols are strictly prohibited in this country because they are feared they could trigger a major anarchic action. In recent years, the UK has been rocked several times by riots nuanced of racial and religious sentiments. 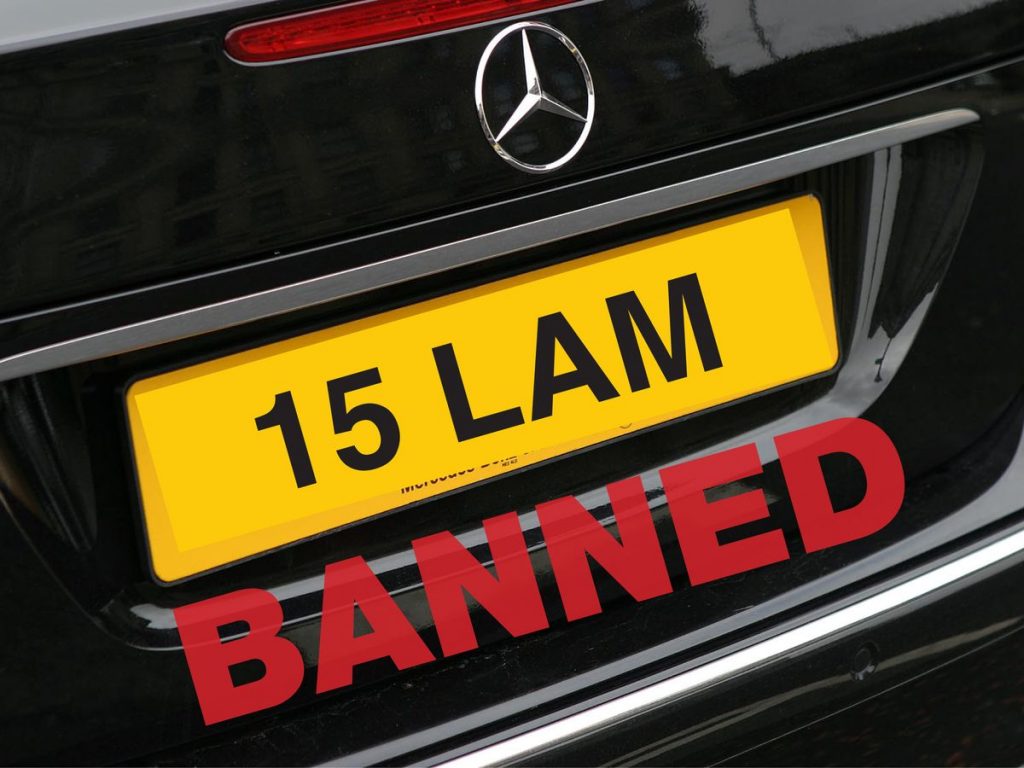 License plates related to the consumption of alcoholic beverages are also censored, such as AL60 HOL, AL60 POP and SL05 HED (drunk). They are not suitable to be seen by minors so they must be prohibited from circulation.

Political allusions cannot be absent. OS55 AMA (Osama) is censored. On the other hand, M014 MED (Mohamed) has a green light, and they are expected to pay more than 100,000 pounds for it. Indeed, there are bids and resales to get the most desired personalized license plates.

A DVLA committee meets twice a year to add new censored names to the list. They have the power to request that drivers return previously registered license plates if they deem it appropriate. They make sure every vehicle number plate would not cause problems later on.

Four years ago, members of the popular British car show Top Gear were chased and beaten in Argentina because their vehicle had the license plate H982 FKL, which the attackers interpreted as an offensive reference to the Falklands War (Falklands for the British), occurred in 1982, during which the United Kingdom took possession of some islands that Argentina claims.

This rule was created with the aim of avoiding unnecessary conflicts regarding the selection of number plates. However, the UK provides more freedom for the choice of number plates when compared to other European countries, and arranging private car registrations and number plates can be done easily online carreg.co.uk. Hopefully, this information can be useful to you. Thanks for reading.

Additional info: The history of the UK license plates

You already know banned plates in the UK. Now, we invite you to discover the history of the British license plate in a few key dates.

The English number plates were put in place in 1903 on the basis of the Motor Car Act. The objective was to be able to identify the owners of vehicles that were multiplying on the roads across the Channel. These first plaques were black and white. One or two letters identified the owner’s region of residence, a number from 1 to 9999.

In the 1950s, the second registration system was about to run out of references, the system changed again. Now the digits came first, which doubled the number of numbers available.

From 1963, the registration structure was changed so that a letter could identify the year in which a plate was first registered. This system would nevertheless be abandoned in 2001.

In 1973, the Department of Transportation decided that the rear license plate should now be yellow. The faceplate would remain white, but it should now be reflective.

In the 90s, there was a real craze in the UK for the newly introduced personalized license plate.

The registration system, still in force in 2022, appeared in 2001. The plate has 7 characters:

In order to give special rights to owners of green vehicles and to raise awareness of environmentally friendly mobility, the UK government has introduced the green license plate, which is reserved for electric and other vehicles.