In a man’s life, the car occupies a special place. And while most women see the car exclusively as a means of transportation that will take it from point A to point B with low fuel consumption, it is different for men. We can freely say that these four-wheelers are their pets. Men approach vehicle maintenance with a special love. They worry about whether there is enough oil in the engine, when it is time for service, they listen to see if everything is OK with the exhaust, and many other things. For the car to work properly, regular maintenance is needed, and what you should take into account is the catalytic converter.

What is a catalytic converter and what is it used for? 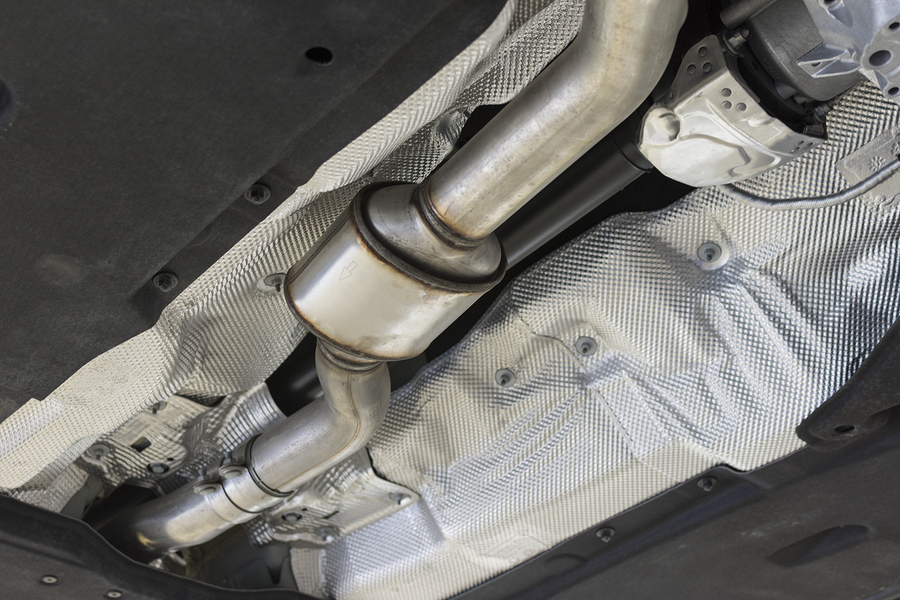 There is a catalytic converter under each car. At least that’s how it should be. Its task is to reduce exhaust fumes. Whether the car consumes diesel or gasoline as fuel, the catalytic converter’s job is to neutralize the dirt that forms. Until 1986, cars did not have a it. However, since 1993, its application has become mandatory.

You are probably aware that various chemical reactions and emissions of various harmful gases occur during engine operation. The main task is to remove harmful gases by turning them into harmless ones such as water and carbon dioxide. This is also the most effective method of eliminating harmful gases.

What is it made of?

There are four parts of the catalytic converter, namely the housing, the transmission, the middle layer, and the catalytically active layer. The housing is metal, cylindrical box. It is used to collect gases that it purifies and conducts to the exhaust. The transmission is the part that consists of a multitude of channels that allow the circulation of gases. It can be made of metal or ceramic. The task of the middle layer is to ensure good conditions for the first layer, and the active layer, which is also the most expensive part of the catalyst, is there to cause a chemical reaction in contact with harmful gases and to neutralize them.

How to recognize a problem with the catalyst?

There are many signs that something is wrong with you, and some of them are:

If the vehicle has started to produce an unusual sound while driving, this may be one of the indicators that something is wrong with this part.

If the engine loses power or starts to jerk, the catalytic converter is probably clogged and needs cleaning.

Many causes of increased fuel consumption, and frequent braking while driving, unnecessary engine warm-up before driving (especially in summer), and the need to change the oil are just some of the indicators that something is wrong. Of course, the cause can also be a catalytic converter.

When the vehicle is connected to a computer, an error may occur that tells it to check the engine.

It is important to note that the catalyst can suffer even when no symptoms indicate it. That is why proper car maintenance is important. What is it that everyone should and could do on their own? Each spare part has its lifespan, and so does this one. However, there are many things we can do to keep it as long as possible and save the cost of buying a new one.

What anyone can do to extend the life of the catalyst is to buy an additive that is added to the fuel tank. Additives improve the efficiency of the catalyst, restore engine performance, enable cleaning of the lambda probe, and so on. Autowranglers will provide you the necessary information and much more.

Your driving style affects many parts of the car – brakes, engines, and even the catalytic converter. It has been proven that city driving harms it, as well as starting the engine before it warms up. When driving on uneven roads, drive carefully so as not to damage the transmission, which is often made of ceramic.

It is very important to maintain the engine, which means changing the oil regularly, antifreeze, reacting when you notice that the engine is losing power, and of course, you must not ignore the ignition of the “check engine” lamp. All of this can lead to catalyst failure.

If the mixture of gasoline and air in the engine cylinder does not burn completely, the combustion ends in the catalytic converter or the exhaust manifold. Then the main parts of the exhaust system dissolve. Combustion products are deposited in the neutralizer and prevent the passage of gases at the desired speed. As a result, the system is simply clogged.

When buying a new car, we don’t have to worry about this, if we buy a used one, then there is a good chance that it is not an original catalyst inside. Why is this important? It often happens that the installed catalyst is of poorer quality or slightly smaller than the original, and if its cells are too small, it is very possible that clogging will occur.

What can we expect when we put an object heated to 600 degrees in cold water? This is exactly the shock that this part experiences, the housing suddenly shrinks and cools, which leads to direct damage.

It is necessary to use only oil that is intended for your vehicle. If you think you will save if you buy cheaper, you are wrong – repairs will be much more expensive!

The car needs to be regularly maintained and serviced even when there are no breakdowns. What you will need to do is to check the engine oil, spark plugs, or just change the filters at least annually. And maybe a mechanic will discover a malfunction that you didn’t even know existed.

When you own a car, your car becomes more than your primary means of transportation. Whether it’s for an emergency …

Everyone likes to be flexible with their choices of transportation while touring or visiting Europe. The most flexible choice a …

If you are someone who loves buying products at discounted prices or likes to bargain a lot, then you might …