Since 1903, Henry Ford’s famous motor company has been churning out some of the most recognizable automobiles of all time. At the same time, Ford pioneered the mass-production of affordable vehicles for the middle class.

Whether it’s trucks, sedans, coupes, sports cars, station wagons, muscle cars, and everything in between, Ford has an impressive lineup of models. With such a long and storied history, there’s no shortage of choices when it comes to creating a list of the best Fords of all time.

So, without further ado, here are the best Fords of all time, and we’re saving the best for last. 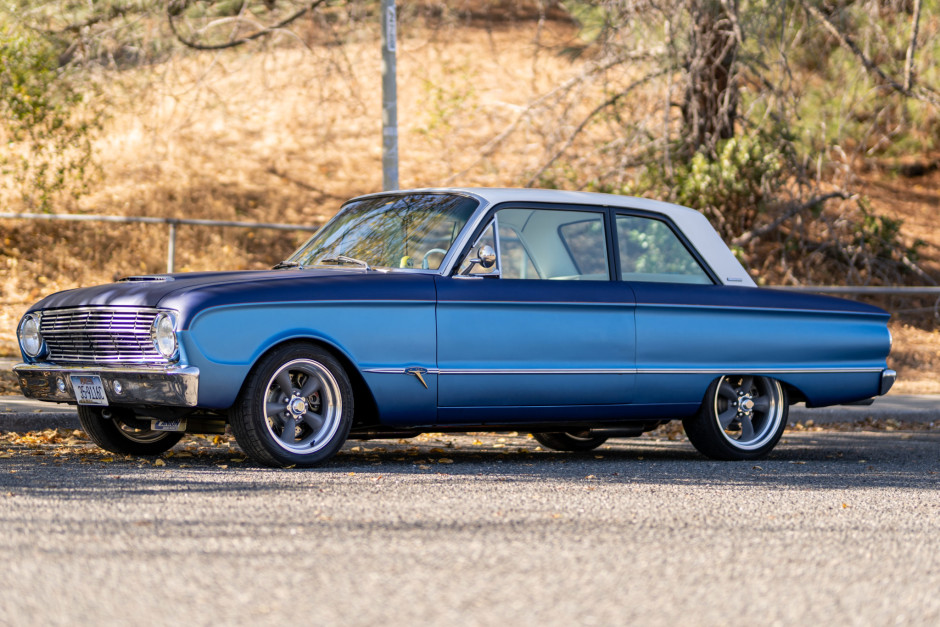 The Ford Falcon was a staple of the Swinging Sixties, being produced between 1959-1970.

The original Ford Falcon was undoubtedly one of the best Ford cars of all time. It was a six-passenger compact car and came in a variety of configurations. It was a huge success for Ford, outselling its Chrysler and GM competitors. 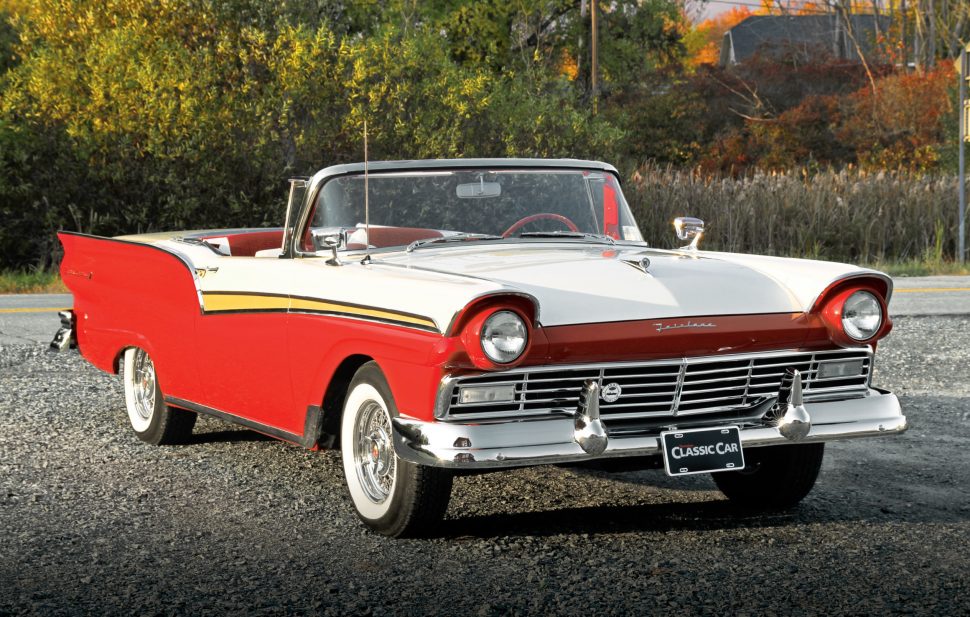 The Ford 500 Fairlane Skyliner is about as iconic as it gets.

Showcasing the sleek stylings, flashy fins, and pastel colors of the Fifties, the Skyliner was manufactured from 1957-1959 (its name was changed to Galaxie Skyliner in 1959). It was also the first retractable hardtop, further contributing to this classic car’s mystique. 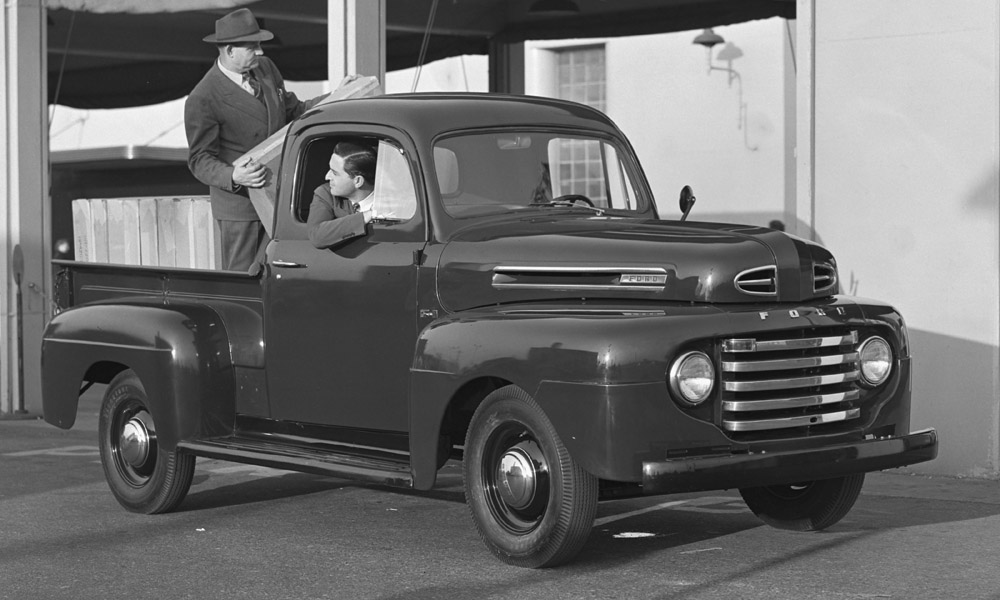 Ford’s 1948 F-series trucks were the company’s first real post-war vehicle design. With a comfortable cab, this affordable pickup would be the first generation of many famous Ford pickups and was one of the best Ford trucks ever designed. 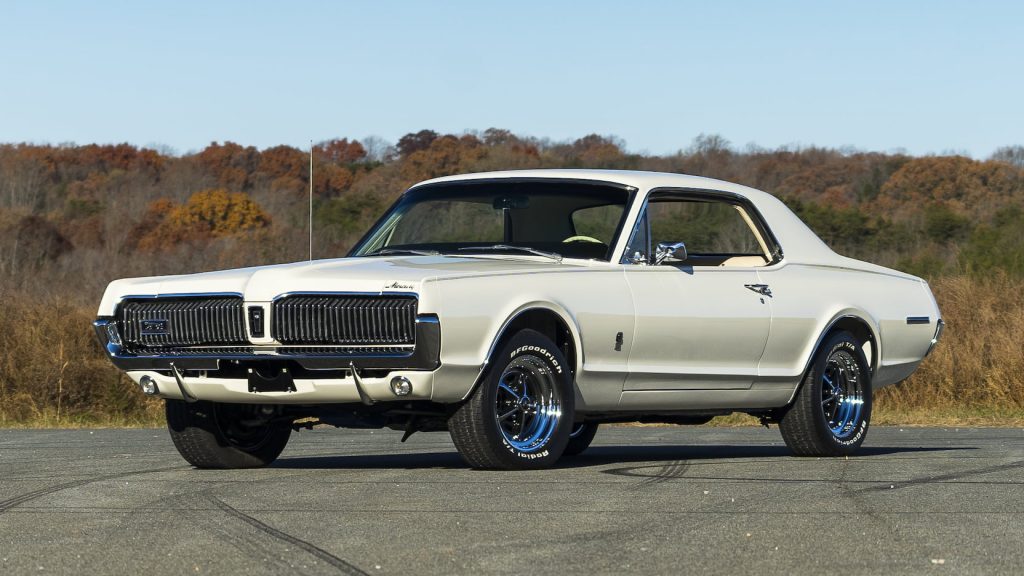 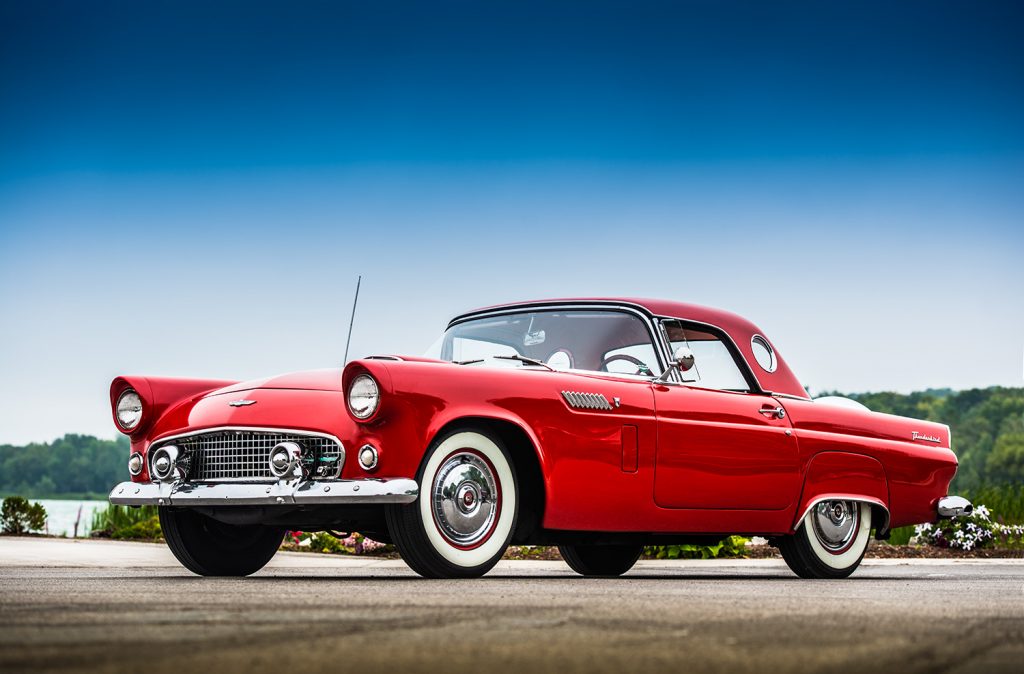 The venerable T-Bird is probably one of Ford’s most recognizable cars.

Considered the pioneer of the “personal luxury car” niche, the first-generation Ford Thunderbird was a two-seat convertible. It’s one of those cars that is practically synonymous with the Fifties, and helped launch the American “car culture.”

The Ford Fairlane Thunderbolt was an experimental drag racer with a limited release.

Only one hundred of these racers were produced in 1964. Each one incorporated a 600-horsepower V8 engine that was designed for the heavier Ford Galaxie. This was more than enough to secure for Ford the NHRA Super Stock championship in 1964. 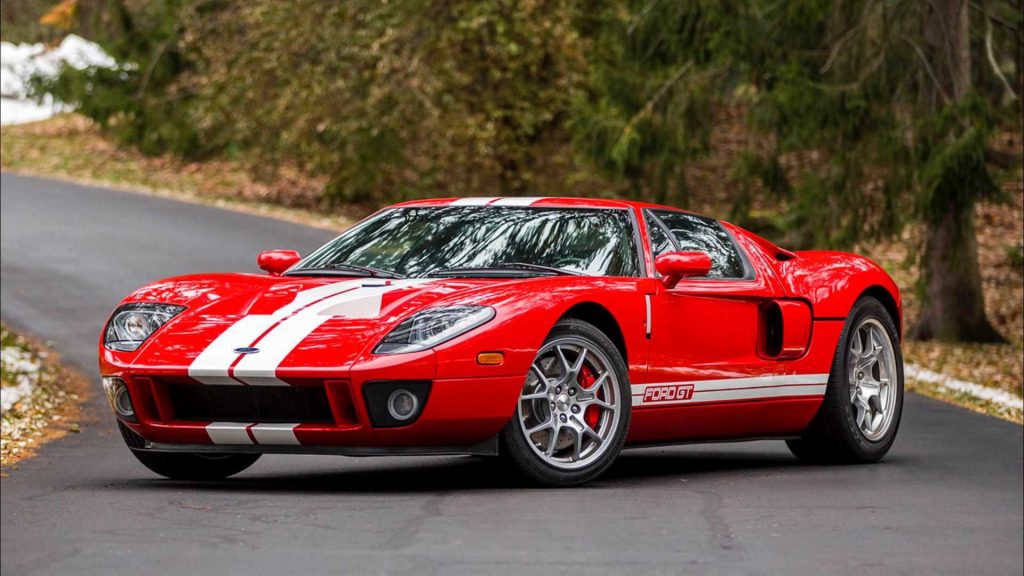 The Ford GT was a two-seater sports car developed in part to celebrate the company’s centenary. 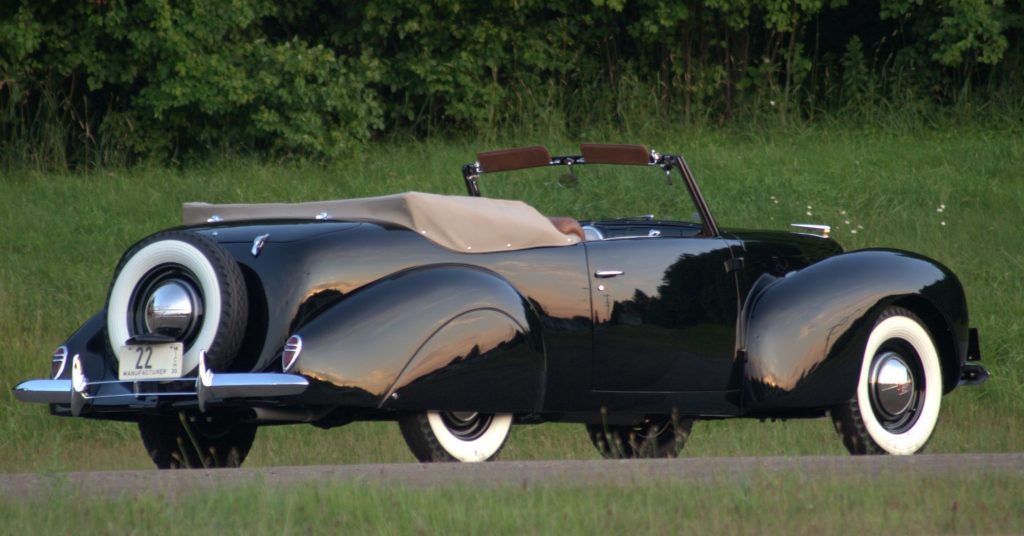 The first generation of the classic Lincoln Continental is something special.

Derived from a personal prototype originally designed for Edsel Ford (the company president) in 1939, the first generation ran from 1940 to 1948 and is an automotive classic. The model’s name comes from the externally mounted spare tire—a feature associated with the time with European cars.

Yes, even the humble Crown Vic deserves an appearance on this list.

Produced in the decades immediately preceding and succeeding the turn of the millennium, Ford’s Crown Victoria is instantly recognizable as the car of choice for police departments and taxicabs.

With a V8, rear-wheel-drive engine, this rugged little car was designed for rough driving. 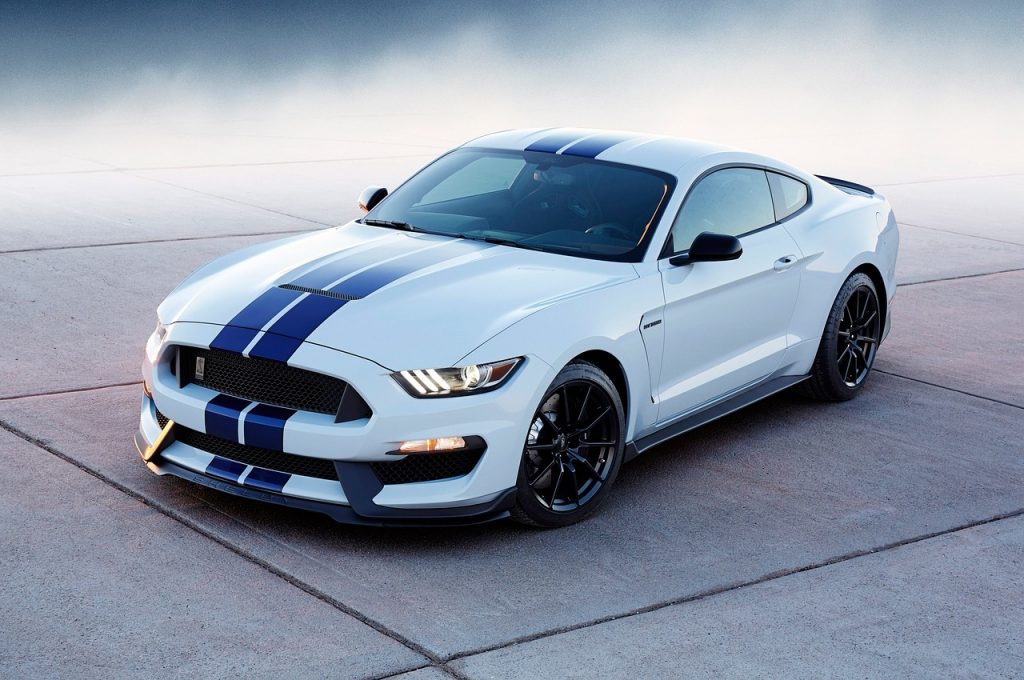 Produced continuously since 1964, the Mustang is Ford’s legendary muscle car. The original Mustangs were an unexpected success for Ford, spawning numerous imitations: the Chevy Camaro, the Pontiac Firebird, and the

Dodge Challenger, among others. 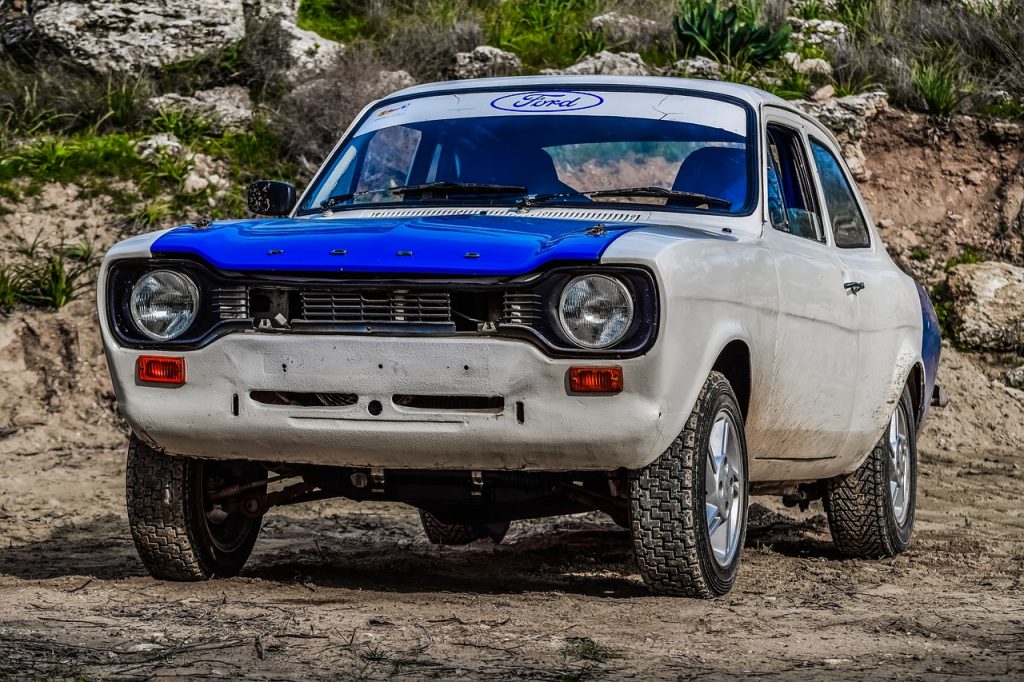 The Escort may not be Ford’s most stylish vehicle, nor its fastest.

However, it must surely be ranked among the best Fords of all time. That’s because the small, two-door car was an affordable, fuel-efficient vehicle that did its job well. 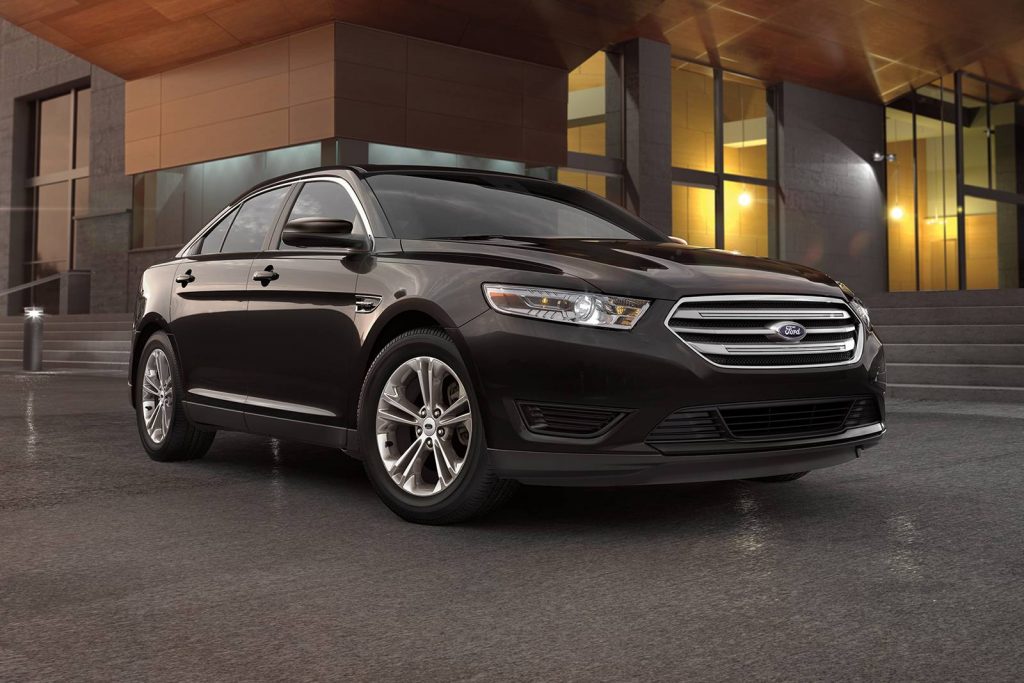 Like the Escort, the Ford Taurus has been another profitable bestseller.

The Taurus was first produced in 1986, and from then until 2019, it has gone through six generations. The line is now discontinued—but it was a great run while it lasted. 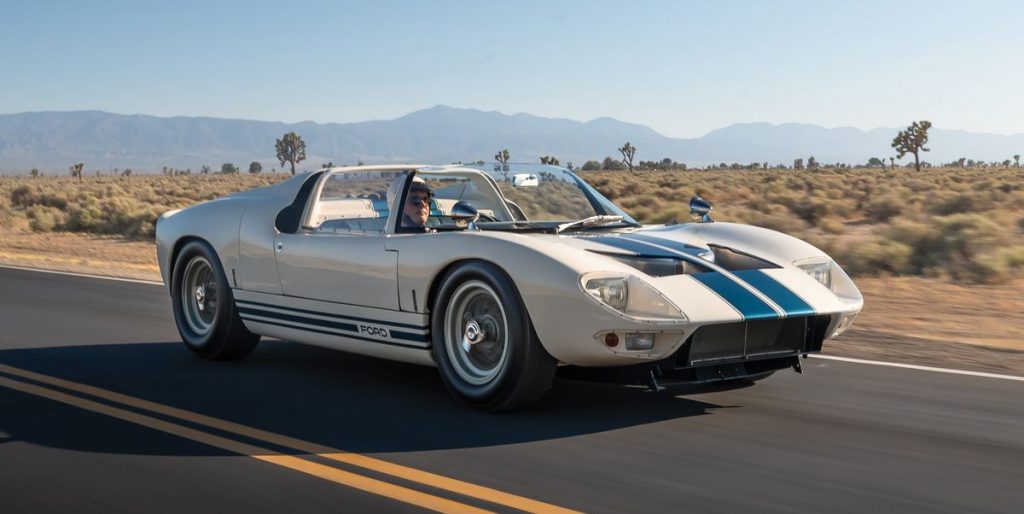 The Ford GT40 is one sexy beast.

Designed and built in England to compete against Ferrari in sports car races, the GT40 did what it was built to do. Between 1966 and 1969, Ford GT40s won every 24 Hours of Le Mans race. 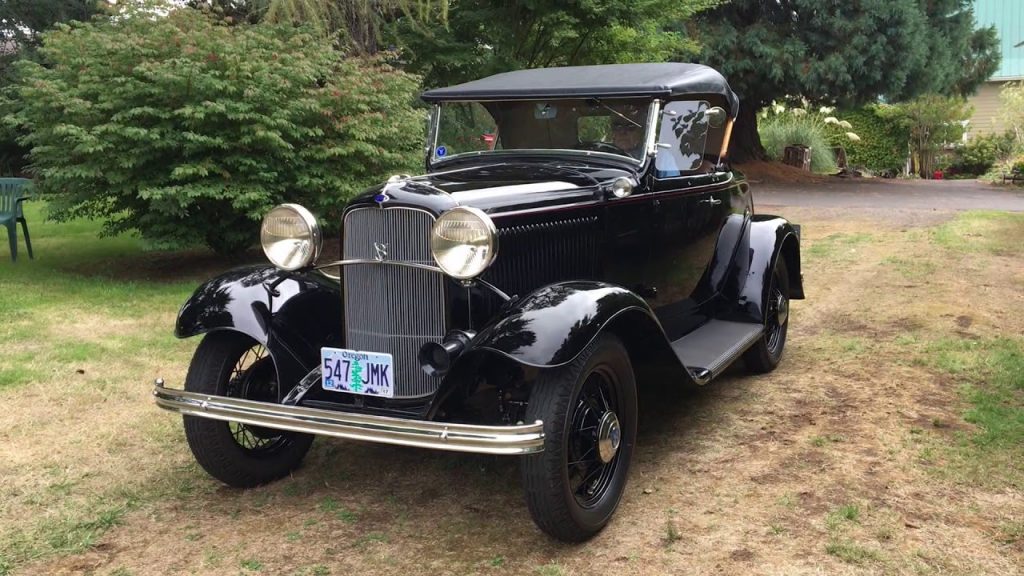 Also known as the Ford Model 18, this iconic Thirties car was the first cheap, mass-produced vehicle to come with a V8 engine.

This concentrated a great deal of new power under the hood, and the “Deuce Coupe” became a classic hotrod car. 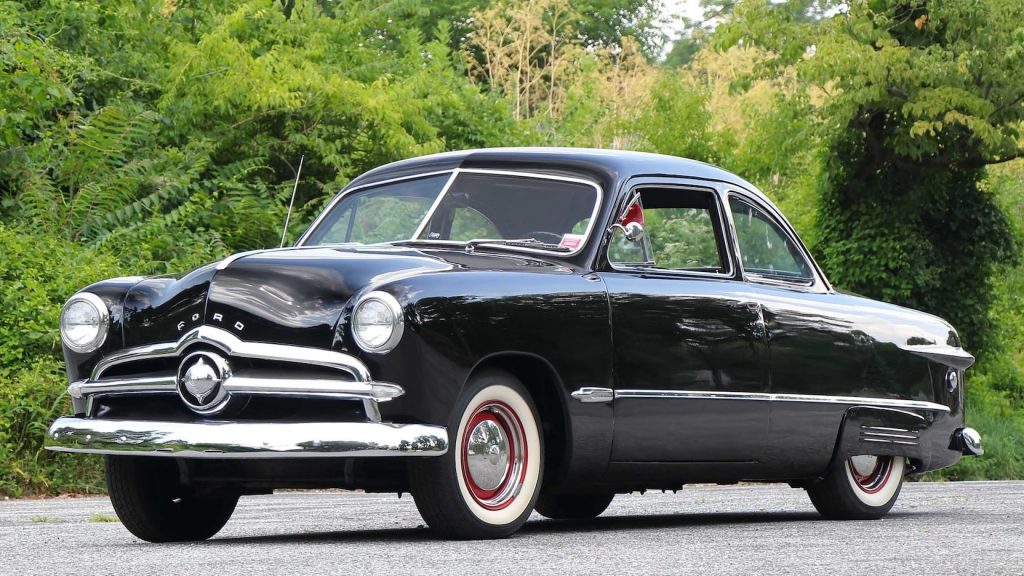 The 1949 Ford holds an important place in history. It was the first new automobile design produced by any of the “Big Three” automakers after the Second World War.

Its design was completely novel, and it included other novelties, such as an all-new suspension. The 1949 Ford marked the beginning of a new automotive era. 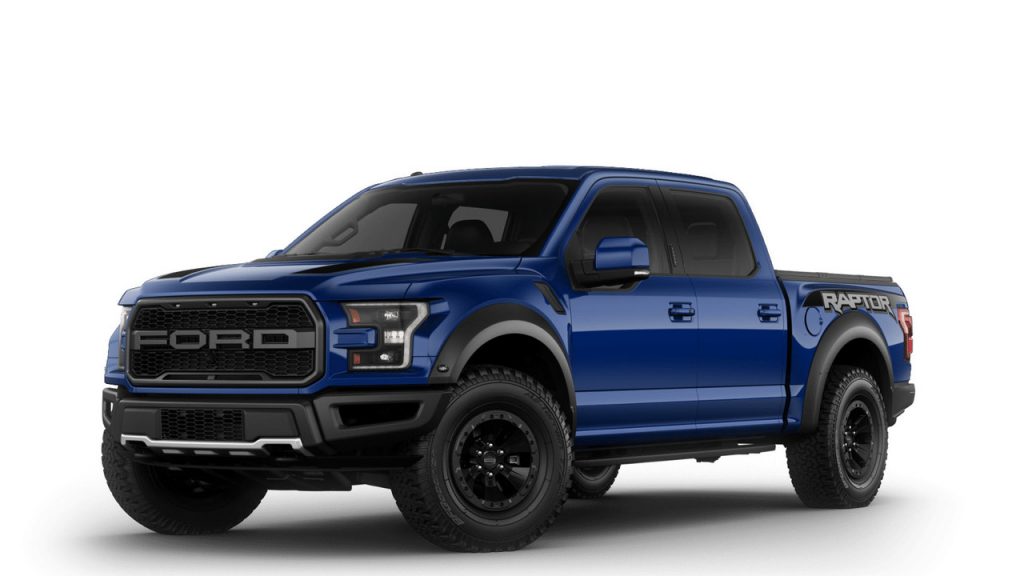 Ford’s Raptor is an F-150 pickup on steroids.

The Raptor comes with many enhancements to improve its off-road capabilities, including a 411-horsepower V8 engine, improved suspension, and bigger tires. When you think of a Ford pickup truck, this is probably what comes to mind.

Search here for some examples of other heavy-duty Ford F-150s, including Lariats and the ever-popular King Ranch. 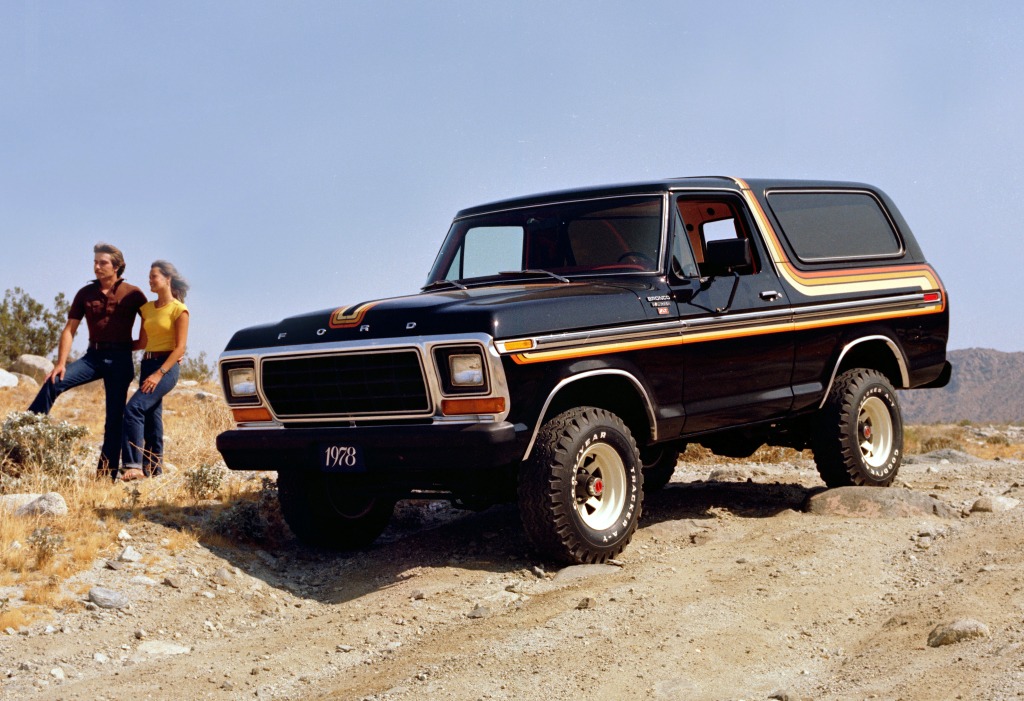 Selling from 1965 to 1996, the Ford Bronco was an early SUV. It was intended to compete with the popular Jeeps as an off-road vehicle and sold very well.

Ford has announced that it will resurrect the iconic Bronco in 2022. 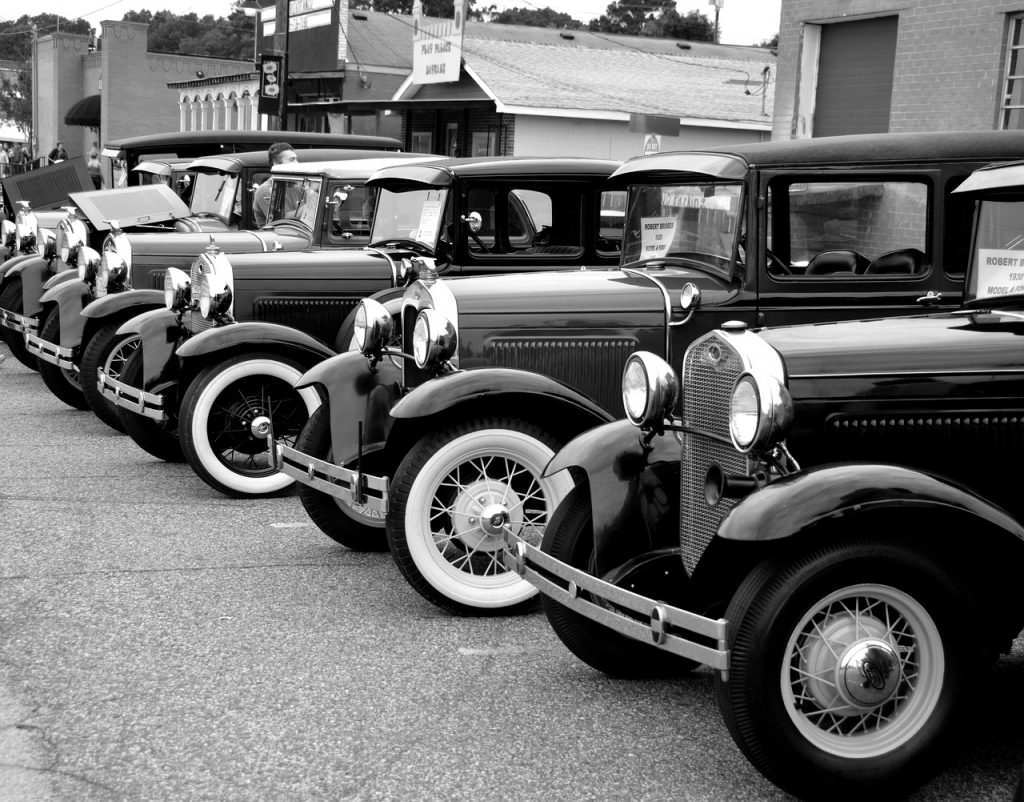 Finally, we come to the most famous Ford of them all.

The original “Tin Lizzie” was manufactured from 1908 to 1927, and has been named the most influential car of the twentieth century. For being the first really affordable, mass-produced car, the Model T deserves the ranking as the best Ford car ever created.

The Best Fords of All Time

Well, there you have it—our humble list of the best Fords ever produced. Maybe we left out a few, or maybe there are some on the list that you’d disagree with.

The list of great Ford vehicles is extensive, and we hope there will be no shortage of new entrants to this list in the years to come. If you’re looking for more great automotive articles, please check out the rest of our site.

If you’re in the market for a new SUV, you might have considered options such as the Honda CR-V and …

The newest hybrid car by German automaker coming soon, but this time here is an upcoming 2017 Audi A8 H …