Back in October Rinspeed showcased their Oasis concept which is actually going to be revealed at the upcoming Detroit Auto Show. Unlike their other cars, the 2018 Rinspeed Oasis might actually go into production. The car is nothing like their other concepts. Instead, it is a small city vehicle meant for car-sharing programs and busy city centers. The Oasis is small, efficient and unique which is the important part here. We are going to take a closer look in the next few lines and see what makes it special.

Rinspeed and a production car?

With a few minor exceptions, all of Rinspeed’s creations have been nothing more than concepts. However, the Oasis should get past that limitation and become a mass-produced car. There are some interesting quirks, though. For starters, the technology which the car boasts is not available on a wide scale meaning that a production models might be years away from release.

On top of that, Rinspeed doesn’t really have a factory to build the car which is also quite a big problem. The Oasis will be shown in Detroit in the early January. From there the car is going to take a tour of the World and showcase its technology. Thanks to it, Rinspeed is expecting many other manufacturers to start offer true self-driving cars that will become the future of our World.

Until then though, most of these cars are also expected to offer a normal driving mode which will also involve a human driver. There is still no set price on it but if the car will actually be made, expect it to cost a lot more than a similarly sized vehicle. This is because all of the technology involved in making it and all the money that went into research and development.

The 2018 Rinspeed Oasis is one of the most unusual cars to be released in the past decade. Instead of making a conventional-looking super-mini, Rinspeed went ahead and released a greenhouse on wheels. The car features a massive glasshouse which should allow the passengers to enjoy the view and also drive the car with more ease through a busy city. Also, when not driving the car, the Oasis is expected to become an inspiration place for its passengers. In order to be that, the Oasis features an actual green space inside the cabin which plants can be grown.

This can be accessed from the outside or from the inside, and we are quite sure that the owner will get to choose what plants will be seeded there. This rather unusual approach will more than likely be well received in busy cities where green areas are few and far apart. On the roof, the 2018 Rinspeed Oasis features large solar panels which should provide all the electricity the interior needs to power up the climate control which will be needed pretty much non-stop to keep the temperature for the plants at the best possible setting. 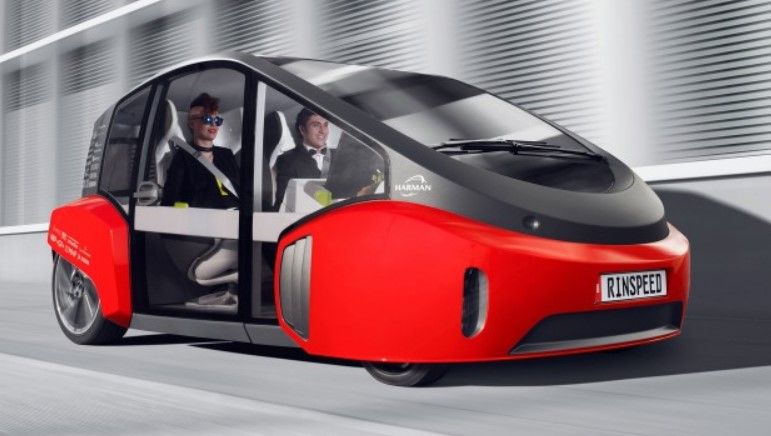 Even if the car has a steering wheel, Rinspeed is not expecting the owner to actually drive the car. The steering wheel is there to provide more interaction with it and likely get it out of sticky situations but that’s about it. When not using it, the steering wheel can be folded down and used as a worktable where a keyboard and mouse can be installed. These will control a large panoramic screen which sits right between the passengers and the green area where the plants are.

There are only two lounge-like seats which provide a similar level of comfort to a true armchair. Unfortunately a four seats version is not likely at this point. Where the rear seats would be, the 2018 Rinspeed Oasis features a large sliding drawer which acts as the trunk. 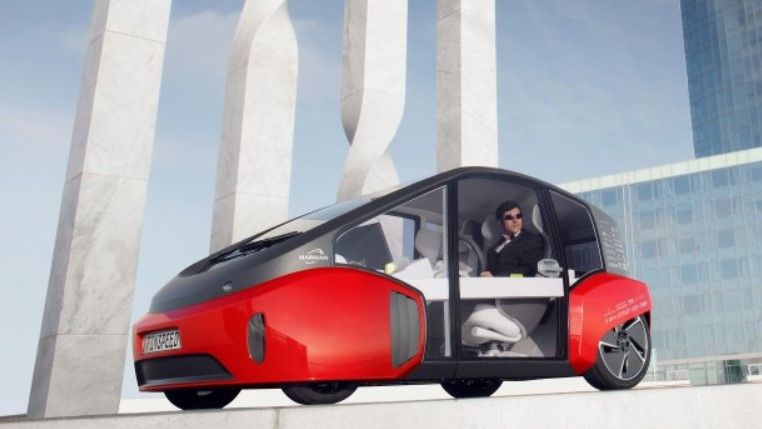 Unfortunately, at this point Rinspeed hasn’t said much about the powertrain of the Oasis. We do know that the car is an electric vehicle, but that’s about it. Considering Rinspeed is a Swiss company, we expect them to work with some of the major European manufacturers. With their help, the Oasis might just become the electric car of the future.

Do not expect it to outrun a Tesla or have a longer range. However, it will more than likely become the first true all electric self-driving car in the World which is a major milestone for the automotive world.

If you’re in the market for a new SUV, you might have considered options such as the Honda CR-V and …