The Camry is the best-selling passenger car in the US and one of the best selling cars in the World. Its success is mostly given to its no-frills design and great interior equipment for the price. However, in order to remain successful, Toyota is going to have to do something about it. There are a lot of better cars currently on the market, and people are going to notice. A new model has already been spied not that long ago, and the changes seem to be quite impressive.

With this new model, an all-new version is going to be released with the 2018 Toyota Camry TRD. This has been spied a couple of months back, and the changes seem rather impressive.

Well, this would be the first official TRD version of the car. However, Toyota’s Racing Development program did release a few concepts along the years together with many parts available for the regular cars. While this will stay true for the regular models, the TRD will also be a standalone model with quite a few improvements over the normal car. For starters, the TRD is going to be aimed directly at the Fusion Sport. It will also have to compete in the future with more sporty versions of today’s family sedans.

The price will likely be around $35,000 for a base TRD which would be around $3,000 more than the regular V6 model. This is still acceptable considering the TRD usually gets a lot more gear for the price. The release date is still unknown, but chances are we will see a production model at the next Detroit Auto Show in January.

So far the 2018 Toyota Camry TRD has been spied testing on the open road wearing quite a bit of camouflage. Even if Toyota did not release much official information, we had seen a concept from them back in 2015. This car gives us a good idea about the future, and so far it seems to be great.

The new Camry is going to go through a few changes over the current model. For starters, it is going to use Toyota’s new modular platform which debuted on the latest Prius. Despite that, it will still be larger than the hybrid. From most spy shots we can see that the car is roughly the same length as the current car. However, it does seem to be lower and wider than before. The TRD model is even lower still, and it also gets a few unique exterior features.

For starters, it has a larger intake in the front bumper, angled fog-lamps housings, different mirrors and a new rear bumper with a quad-exhaust system. A small spoiler has been installed on the truck and the car also seems to have wider wheel arches. All of these make for a subtle but aggressive look which perfectly fits the 2018 Toyota Camry TRD. The design is also helped by the raked rear window which gives the impression of a four-door coupe. 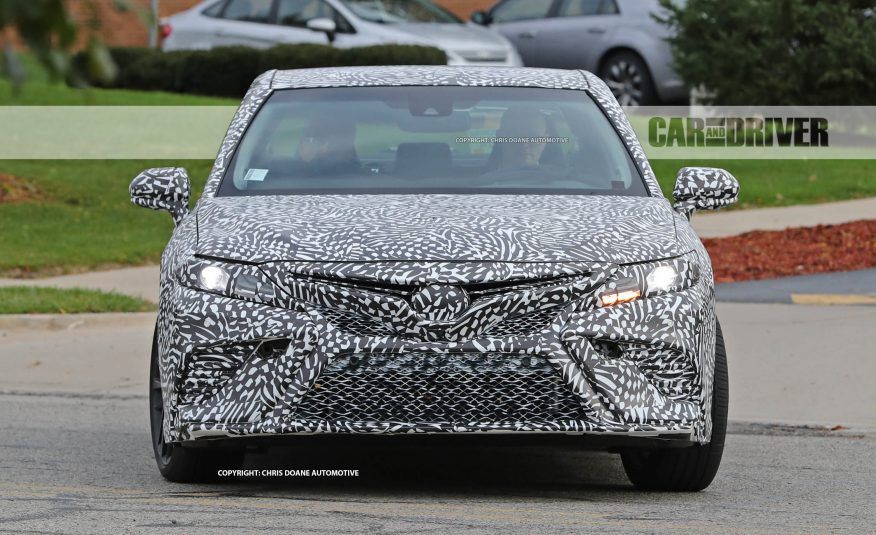 Even if the new Camry has yet to be released, we can say a few things about the TRD version of the car. Like with most higher performance versions of regular cars, the TRD will get the same dashboard as the normal car. However, it will benefit from sportier seats with better side bolsters, likely nicer materials such as Alcantara and real leather as well as a new steering wheel. Regarding equipment, it will more than likely be similar to a regular V6 Camry.

Many rumors suggested that the 2018 Toyota Camry TRD would benefit from a turbocharged 2-liter engine. While we would love to see such a powertrain, this is highly unlikely. Instead, Toyota is more than likely going to stick with their V6 which has been quite impressive in the past few years. However, instead of the 268 horsepower V6, the TRD will likely make use of the new generation unit which currently offers 295 horsepower and 263 lb-ft of torque in the latest Highlander.

This is likely going to be bumped closer to 310 horsepower and over 270 lb-ft of torque for the TRD model. Upgrades should include a new intake system, a better exhaust, and likely new camshafts. A manual is unlikely, but we are quite sure Toyota’s eight-speed automatic, and possibly all-wheel drive, will be used. 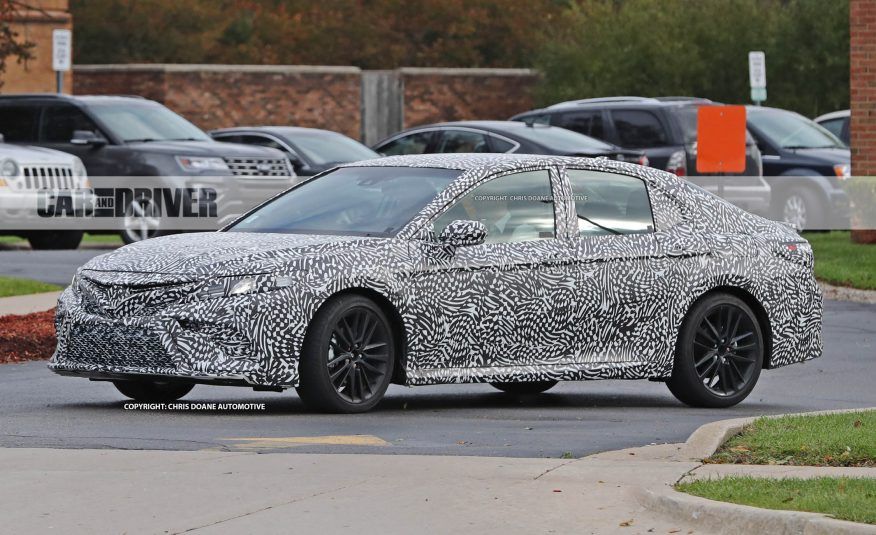