The M5 was first released more than three decades ago and since then it was the ultimate high performance rear wheel driven luxury sedan. While there have been many competitors since then, none of them managed to offer the thrills offered by the M5 and this allowed BMW to develop their high performance sedan to great lengths.

This could be fine if BMW will still offer a rear wheel drive version of the car but if they will stick with all wheel drive then people might turn to Audi or even Mercedes as they both offer nearly perfect all wheel drive high performance luxury cars. Even though there are still at least two years until the new M5 is going to be launched on the market, we’ve seen a few camouflaged test mules so far and all of them seem to feature the previously mentioned all wheel drive system.

We have no doubt that the 2018 BMW M5 xDrive will be faster than the ongoing model and this shouldn’t surprise anyone. The problem here is that the car will no longer offer the thrills and driving experience of a true rear wheel drive M car like its predecessors used to. We only hope that BMW will also offer a rear wheel drive version and if they decide not to then we hope the all wheel drive system in the car will be good enough to be invisible in the way the car drives and feels.

Just like with the current model, the upcoming M5 is still going to use a twin-turbocharged V8 and not a V6 or a V12 like some people said. However, this time around the engine will not be the older 4.4 liter unit but instead it will very likely be based on BMW’s new modular architecture which means it will be a 4 liter unit.

The output should be quite similar to the current model so expect around 600 horsepower and 550 lb-ft of torque for the base version while the “Performance Pack” might boost that to roughly 650 horsepower and 600 lb-ft of torque, more than enough to allow the AWD M5 to hit 60 MPH in as little as 3 seconds. The gearbox of choice will likely be a development of the old one while the AWD system will likely favor the rear wheels.

Just like with all the other new BMW cars, the 2018 BMW M5 xDrive is going to use their all new CLAR modular platform which will allow building a slightly larger 5 Series without having to add any extra weight. The spy shots of the test mules give us a good idea about how big the car will be while the design is definitely going to be an evolution of how the current car looks which has always been the case with BMW.

While some might not notice the changes, expect the car to take a lot from the 7 Series in terms of design cues. The interior might also follow the same trend so this time around the M5 might borrow some interior elements from the larger 7 Series, a move which Mercedes already made with their mid-size E-Class. 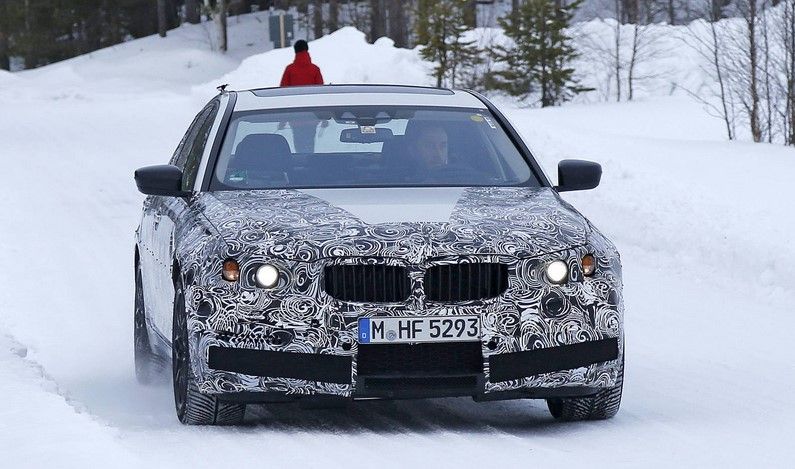 The price will likely increase by around $5,000 to $10,000 for the base AWD version of the car due to the extra engineering that went into it.

Not that long ago the Countryman has been heavily updated with pretty much all new parts. Despite that the new …