Your motorbike is the embodiment of freedom. Every aspect of it is important to you including the number plate. Your motorbike’s number plate identifies your car. But there was a time number plates were not the norm. They have a rich history to the early 1900s and for the longest time, they didn’t have a date of registration in them. Let’s take a look at the history of number plates to understand how we got to the current system brought to you by showplatesdirect.

At the dawn of the 20th Century, there was an increase in the number of vehicles on the roads. This led to many accidents which ultimately necessitated the creation of the 1903 Motor Car Act, which included motorbikes as well. The Act made it mandatory for every vehicle to be registered and have a number plate. It is claimed that the first number plate was the A1 issued to Earl Russell. These early number plates featured a local council identifier code of three letters followed by three random numbers. These first numbers didn’t have any dates and it was not possible to tell when the motorbike was registered.

By 1963, many of the local councils had run out of digits and had begun reversing them. As such, the suffix system was born and a letter indicating the year the vehicle was registered. It was also at this time that there was need to revamp a manual system that had been taking too long. In 1974, the central DVLA system was created and local councils were no longer responsible for vehicle registrations.

The suffix system would soon run out of combinations by 1983 and the system was reversed to indicate the year of registration at the beginning. This became known as the Prefix system. The last two letters on the plate represented the area code where the motorbike was registered. 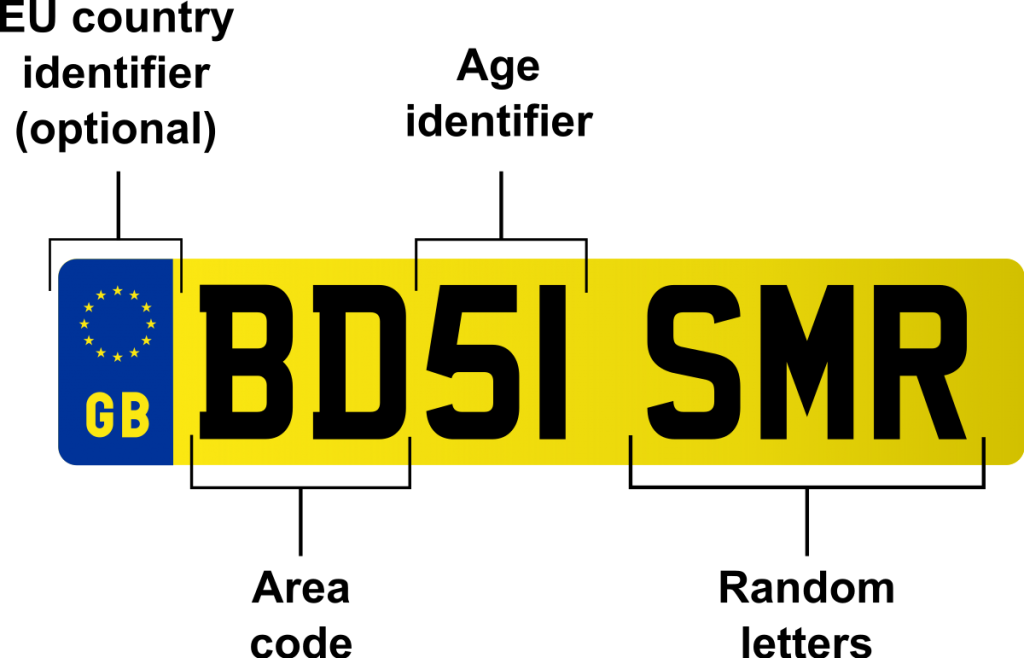 The system of number plate registration that we have today was first used in 2001. In this system, the plate has the local region, date and letters. This system was arrived at after the police found that most people are likely to remember letters rather than numbers as most people read from left to right. It therefore became necessary to put the local region at the beginning of the plate.

The current system dictates that the date if registration of any vehicle will change in March and September. It began with the number “51” to represent the six months from September 2001 and March 2002. The sequence follows that system from 52 until 67 in 2017. This system is likely to produce up to 7 million different combinations for up to 50 minutes.

Here’s a table specifying the current number sequence from the beginning;

Over time certain combinations of number plates became popular so that people pay a lot of money for them. Although they are often referred to as private plates, anyone can search for and purchase them as long as you can afford the hefty price tag.

Winter period is around the corner and you want to get ready? Are you looking for ways to help you …