Even though Nissan’s Vmotion design might not be to everyone’s liking, the large sales numbers mean that there are plenty other people enjoying their cars. In order to boost their image as a company a few days ago, they released the brand new 2017 Nissan Vmotion 2.0 Concept. The car basically takes the trend set by the Maxima a step further, and we would also add that it takes it in the right direction as well. Even though the Vmotion is nothing but a concept at this point, we are pretty sure that it is the preview for the upcoming Altima.

Why? Well, the concept measures in at 191.3 inches long and 74.4 inches wide. The wheelbase is 112.2 inches which is actually nearly 3 inches more than the Altima. However, it is half an inch shorter and 2.4 inches wider. The end result is a car that provides a much nicer set of proportions than its predecessor.

Because this is clearly a concept Nissan did not release much regarding actual specs. However, considering where their design is going, it is safe to assume the production model will be based on a new platform which might also be shared with the current concept car. Nissan did try in the past to shook people with their design and to a certain extent they managed to do it. The Maxima is the living proof of that. This also means that the Altima could look amazing so let’s hope it won’t change much over this concept.

There is no question about the fact the 2017 Nissan Vmotion 2.0 Concept was released to prove a point. Even though there have been many criticizing the bold design of their Maxima or Murano, it seems that Nissan wants to be recognized through their unique cars. The Vmotion takes the things started by the Maxima even further. The front end features a much larger, and more aggressive, grille. This features an internal honeycomb mesh design with a large Nissan badge in the center. The grille is surrounded by chrome which in its turn its surrounded by a fine black mesh.

The elongated C-shaped headlights with the three individual LED clusters further complete the look. The V-shaped design is also present in the car’s intakes and on the hood which continues the V started by its grille. The rear of the Nissan Vmotion 2.0 Concept is a lot more similar to that of an Infiniti which is not a bad thing at all. The tail lights feature a very similar shape to the headlights and the reverse V on the trunk further completes the look.

Thanks to its width and rather a low body, the VMotion looks a lot more like a four-door coupe than the Altima. Instead of sporting large exhausts and massive spoilers Nissan decided to keep the rear quite clean. The sharp angle of its C pillars and rear quarters make for a really nice contrast over the otherwise supple body.

Inside the cabin – the future?

The Nissan Vmotion 2.0 features a rather futurist interior which is more than likely not going to see production anytime soon. The doors, floors, and even the dashboard feature real wood inserts. The doors also feature ventilation holes in the lower part while the four seats are divided by a floating center stack. The interesting things here are the infotainment system and the car’s self-driving mode. The large wide screens might be used on a future production model while the self-driving capabilities are more than likely going to be seen soon enough.

What powers the Vmotion concept?

Unfortunately, Nissan didn’t disclose any details about the engine or running gear of the car. However, considering the size and overall look, it just might use a rear wheel drive chassis from Infiniti. It would be the perfect time to elevate their car roster and release more premium products around the World. If this won’t happen though then the production version of the Vmotion will definitely use an evolution of the current platform.

Also, considering hybrid cars are starting to take off again, the car may sport an unknown powertrain that could be used in the future on their production models. Even though this is not official, we would bet that Nissan will develop a new set of turbocharged engines to use in the production version of the Vmotion. 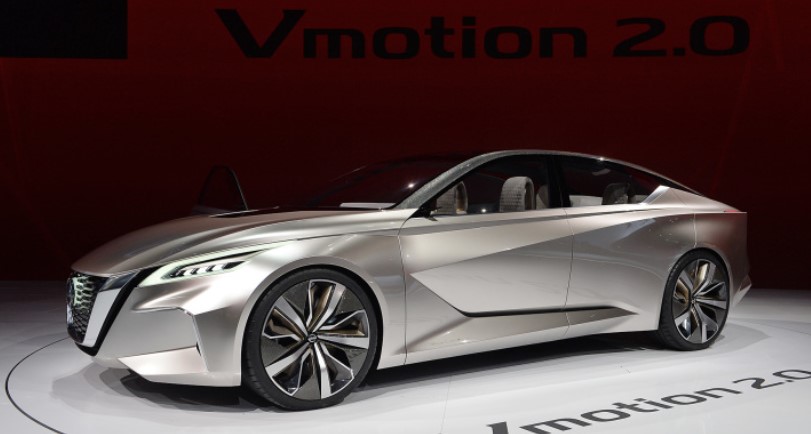 ATVs are some of the most versatile vehicles ever made. These are usually great in off-road, but some of them …