Maserati was planning on releasing two new models by 2016, but this didn’t happen. The first pushed back the release date for the two cars in 2018, but it now seems that the two may not be released by 2023. The main reason for that is the Chinese market which stagnated for the past two years. Because of that, the FCA Group decided that it is best for Maserati to keep their current four cars.

Despite that, the 2017 Maserati Alfieri, which was going to be one of the two cars, is still expected to be showcased in production form by the end of 2017. The car will use a shorter version of the chassis found in the GranTurismo. This means that it will have very little in common with the Ghibli and that’s great.

For starters, despite the car sharing its chassis with the larger GranTurismo, it will be priced significantly lower. In fact, many rumors suggest that the car may cost less than $100,000 when it will be launched. At this price, it will have to compete with the great 911 or the newly released AMG GT. Unlike these two, the Alfieri will offer a much more dramatic design and actually more powerful engines, at least for the base price.

The 2017 Maserati Alfieri will get an all aluminum chassis and not a carbon fiber tub. The suspension system will likely be quite a bit more different than that of the Gran Turismo. Why? Well, despite the fact it will be a 2+2, the Alfieri will be aimed at people looking for a sports car. This means it will have to be sharper and better to drive than its larger sibling.

Because of that some even suggested that the car may receive a hydraulic steering rack. This is quite scarce in today’s automotive World, and it would be quite nice from them to release the car with it. Thanks to it, the Alfieri will be able to deliver more feedback to the driver and thus offer a much better driving experience.

The concept showcased back in 2014 shows a really dramatic Alfieri, and so far it seems that this design might be carried over to the production model. Maserati hasn’t really confirmed anything, but they did release mostly the same car a few times now. The 2017 Maserati Alfieri is expected to carry over much of that design with some minor changes. For example, the wheels are expected to be all new in order to better match the larger model.

On top of that, the six slat front grille, the triangular headlights or the larger splitter are all expected on the production version. The rear will more than likely look a lot like a shrunk version of the GranTurismo which is not a bad thing at all.

Maserati showcased the car as a 2+2 meaning that it will have to full-size seats in the front and two smaller ones at the back. This has been the case with many manufacturers to lower the tax and insurance ratings of their cars. So far it seems that two full grown adults might not fit in the back and we are quite sure that the same will happen with the production model.

The original concept of the 2017 Maserati Alfieri had a 4.7 liter naturally aspirated engine from Ferrari. This offered 460 horsepower, but it was too heavy and too expensive for a less-than $100,000 car. The production model will instead get a 3 liter twin-turbocharged V6 which will provide 410, 450 or 520 horsepower. These ratings were confirmed by Maserati a while ago. The last one might be an enlarged version of the same engine. Soon after its launch, two more engines will be released. A larger 3.8 liter V8 with 560 horsepower will be an option while a hybrid should join soon after.

So far it seems that only the 450 and 520 horsepower versions of the car will receive all-wheel drive, but things may change in the future. An eight-speed automatic is more than likely at this point while a manual is a real possibility. Why? Well, all of its competitors offer one, and it would be bad publicity for Maserati not to. 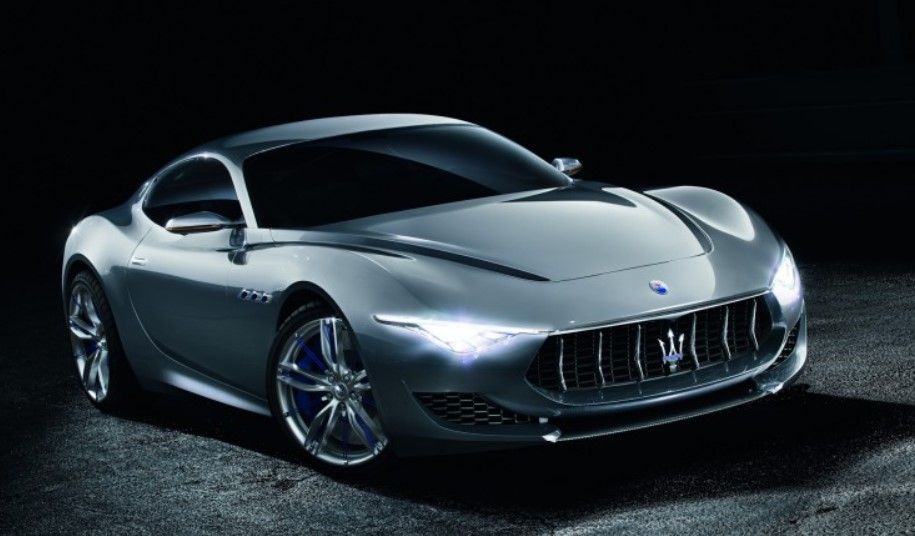 Despite being released in 2011, the current generation of the Continental GT is identical under its skin with the model …