The Ciel concept car was originally released by Cadillac back in 2011, and it basically showcased their all new design scheme at the time. Even though the car was nothing more than just a concept, it seems that they were in the process of releasing a production version of the car. However, they later decided that a car that would cost more than $100,000 would not be successful enough to cover the investment. Because of that, they decided to scrape the project which is really a shame.

However, more than five years later rumors about a 2017 Cadillac Ciel started to surface once again. So far there hasn’t been any response from Cadillac about these rumors which may have some facts in them after all.

Is it really happening?

It is quite early to confirm that the Ciel is going to be made. However, so far it seems that Cadillac needs a high-performance coupe and convertible which will have to compete with the European and Japanese offerings such as the Mercedes SL or the Lexus LC. Even th

ough this may seem like a small portion of the market, if Cadillac wants to improve their brand recognition then a car like the Ciel is needed. If they go through with it then expect the car to be released as early as 2023. The rumored 2017 Cadillac Ciel is likely going to be just a concept and nothing more.

Well, just like the original concept suggested, the Ciel would be a high-performance luxury convertible. However, instead of being just a convertible, it might also be sold as a two-door coupe. At this point, it still is unclear if the car will be sold under two different names or just as the Ciel convertible and coupe. We would bet on the latter, especially since the Elmiraj is exactly that. The car would more than likely be based on some form of the Alpha platform.

The design and the luxury inside the cabin.

The 2011 car featured the same design scheme that can be found on Cadillac’s current models. This may not be the case with the future 2017 Cadillac Ciel. The car may go on a completely different route, even though this is highly unlikely. If the rumors are true, then the production model will receive a modified design which will get it closer to their ongoing models such as the CTS or CT6. However, the Ciel is still expected to feature the really impressive lines found on the original concept and the massive size.

The interior will more than likely be able to house up to four people in perfect comfort. The cars have also been rumored to feature a soft-top instead of a hard-top. This will clear up a lot of space inside the trunk, and it will give it the character it needs to succeed. For those who due need to secure their vehicles, but still want the Cadillac, you can visit Armormax. 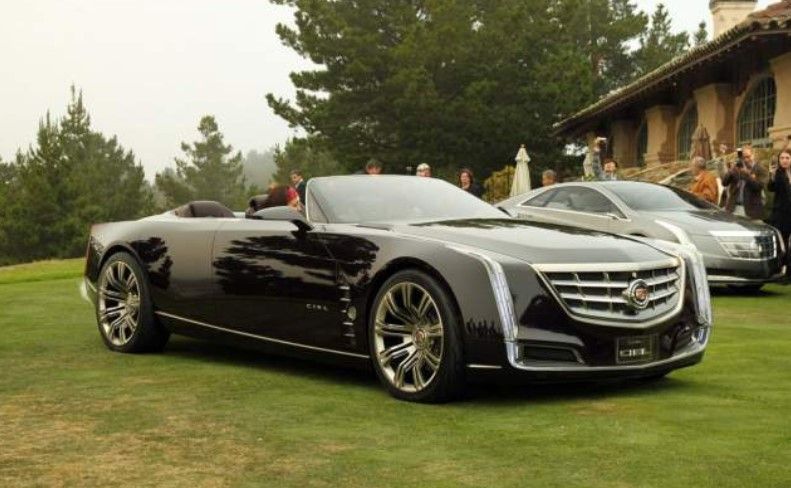 The original concept used a hybrid powertrain which was new at the time. The rumored 2017 Cadillac Ciel is expected to hit the market with two different engines, none of them being a hybrid. The base car may receive a twin-turbocharged V6 unit with as much as 400 horsepower and 400 lb-ft of torque. With this model expect both rear and all wheel drive. A top end version of it might get to use GM’s new twin-turbocharged V8. This has been rumored for a really long time, and it was even used on the Elmiraj concept.

So far it still is unclear how much power it will make, but the early rumors report between 500 and 700 horsepower. Unlike the smaller V6, this will likely be rear wheel drive only. Just like with their other upcoming cars, the Ciel should use a ten speed automatic. This has been first seen on the Camaro ZL1, and it should be a big improvement over their older eight-speed automatic which is heavier and slower than it.