In order to focus on the specifics of each of their trucks, Nissan has been gradually rolling out versions of their Titan. The first was the xD and its single-cab version while the smaller Titan was released shortly after that. It now seems that Nissan will release the last version of their two new trucks with the Extended Cab models. The 2018 Nissan Titan Extended Cab has spied not that long ago, and it is as you would expect it.

The truck is pretty much identical to its siblings with the exception being the cabin. Unlike their rivals Nissan took a different approach with the cab-options, they are offering. Instead of keeping the size of the bed the same, it differs depending on how large the cabin is. They did this in order to keep the wheelbase of the truck the same no matter what.

This makes for a cheaper manufacturing and research process. While the crew-cab models get an 8-feet long bed, the single cab gets only a 5-feet 7-inches long bed. The upcoming extended cab, on the other hand, is expected to feature little over 6-feet of the bed which is also quite impressive.

With the upcoming 2018 Nissan Titan Extended Cab, we also expect Nissan to release the already overdue base engine. On top of that, the price should go down considerably. The current base Titan starts at over $30,000 which is quite a bit more than any of its equivalent rivals. To make matters worse, the xD starts at well over $35,000 which is a lot more than the Super Duty or even the Silverado HD.

With the addition of a new engine, Nissan should be able to get the cost down, at least for the regular Titan, to around $27,000 which is a lot better than the current truck.

The test mule for the upcoming extended-cab version had its front end camouflage which may mean Nissan is doing more than just adding a new cab to the range. However, we are quite sure that this is not the case. Instead, Nissan is more than likely adding an entirely new trim level which will act as the base truck. This is quite clear from the black plastic front bumper and the black grille.

The latter seems to boast a new design, more similar to what is available on the larger xD. The headlights, wheels, and even the bed, on the other hand, are pretty much identical to the one before it. 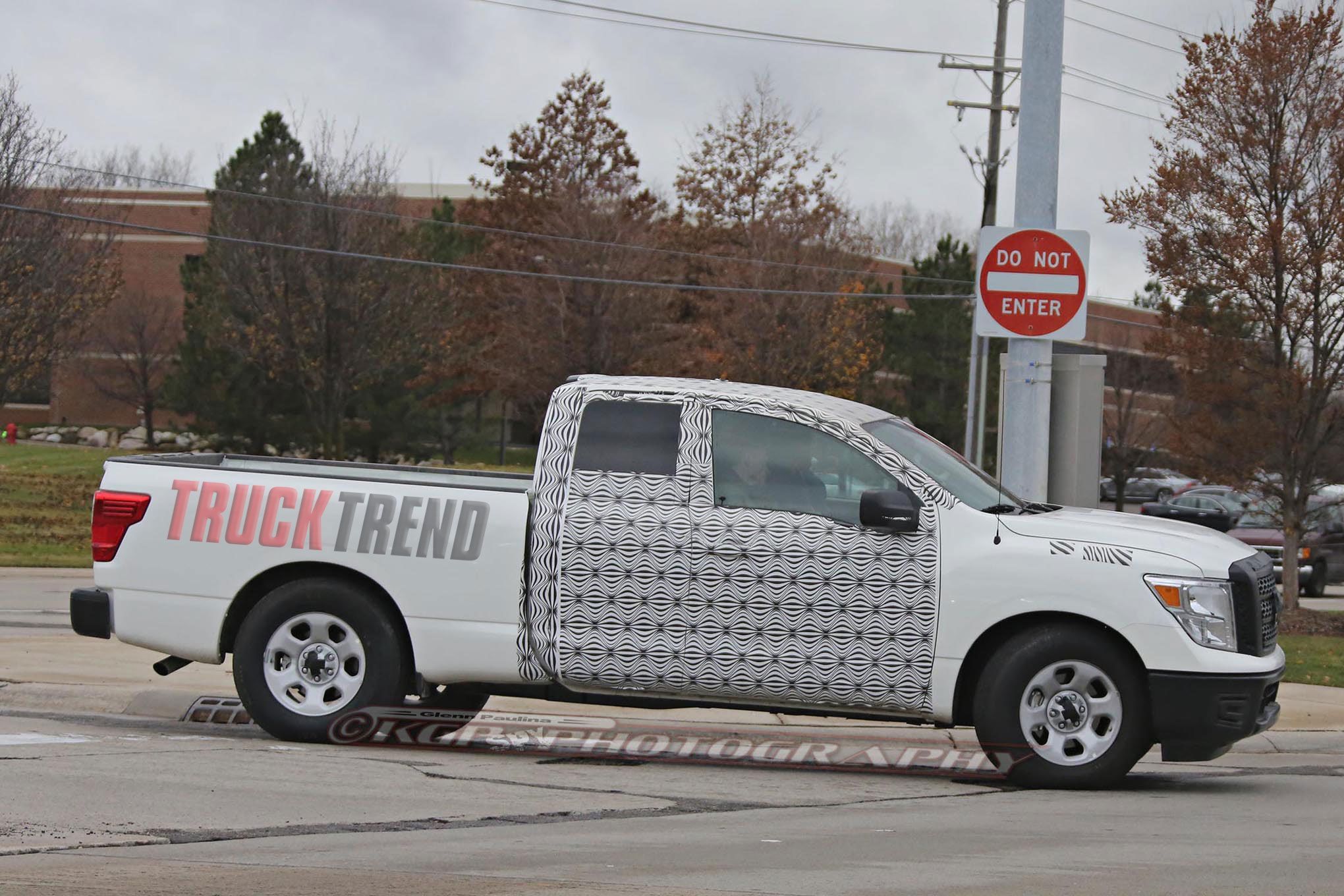 Due to the unique way Nissan has been handling the size of the cabin, those looking to get a crew-cab but with a large bed had to turn to the competition. The 2018 Nissan Titan Extended Cab will give people a more flexible model than before. This will combine the usability of a regular crew-cab with the benefits of a larger bed. However, there will be some drawbacks. Even though the truck will feature five seats, the rear seats will get a minimal amount of legroom.

However, Nissan is expected to sweeten the deal by offering a highly modular rear set of seats. The new rumored base model is expected to do without some features such as an infotainment screen or automatic climate control in order to be able to get the price as low as possible.

The 2018 Nissan Titan Extended Cab is expected to feature a new base engine. There are currently a few possibilities for it. Some said that Nissan’s 3.5 liter V6 or even Infiniti’s 3-liter twin-turbo V6 could be added to the range. However, the first one is not really capable of moving truck the weight of the Titan and especially the Titan xD. The 3 liter unit, on the other hand, is quite expensive and would not make much sense on a base model.

Because of that, Nissan’s aging 4-liter VQ engine might be used. However, for this particular application, the engine could receive the direct injection and a lot of other upgrades. The result could be closer to 300 horsepower and over 300 lb-ft of torque. Also, the direct injection system would easily improve the fuel economy over the unit in the Frontier without adding much development cost.

The transmission, on the other hand, is unlikely to change while the other two engines should be carried over unchanged. 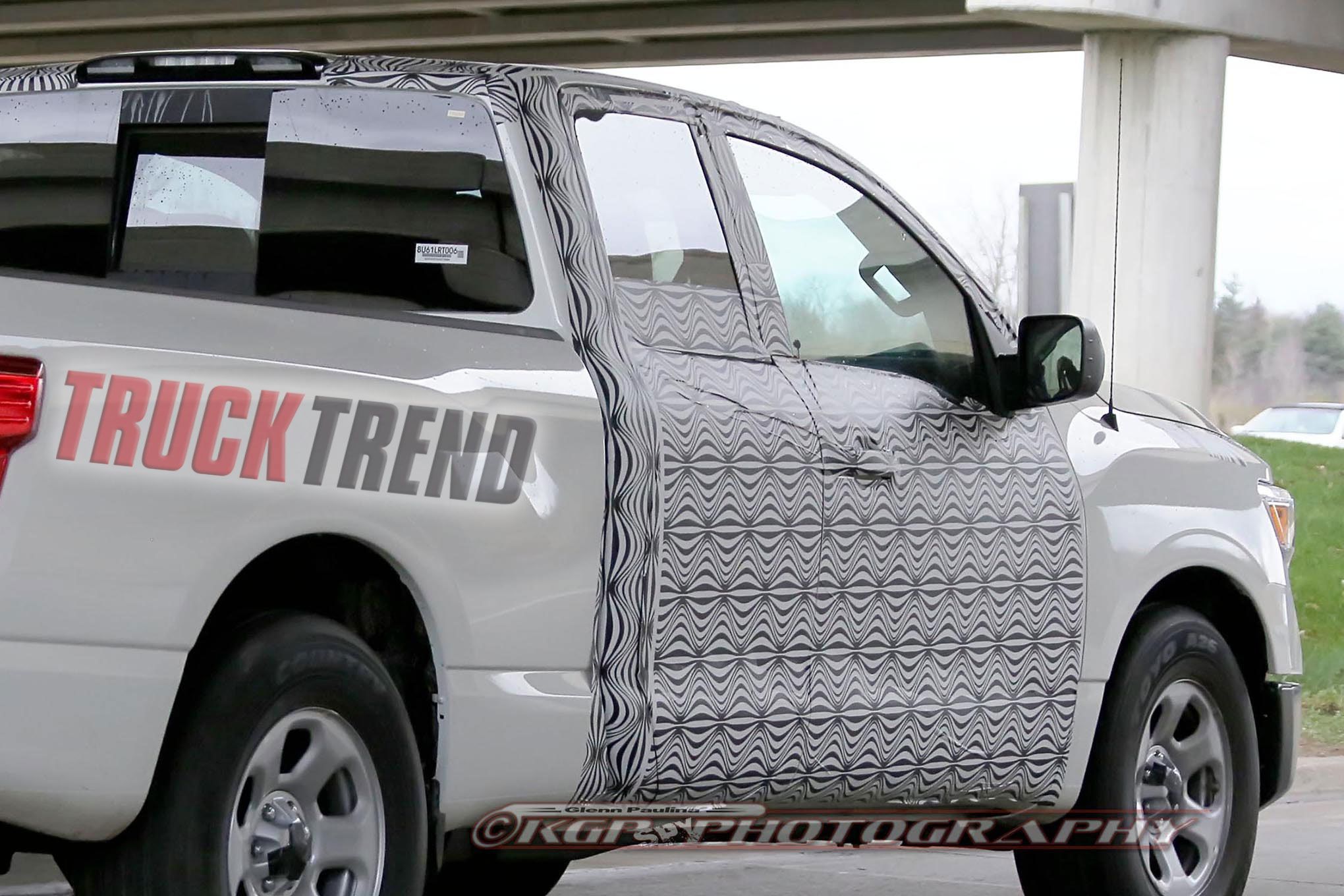