Are you a car enthusiast interested in learning about the best Japanese models ever? Since it was founded in 1970, Mitsubishi has been building vehicles that are fun to drive and that can be bought at affordable prices. Nearly 50 years after Mitsubishis were first released to the public, the Japanese automaker sold over 118,000 units in the United States.  But what are some of the vehicles that make Mitsubishi such a legendary manufacturer? Read on to learn about the top 10 best Mitsubishi car models of all time! 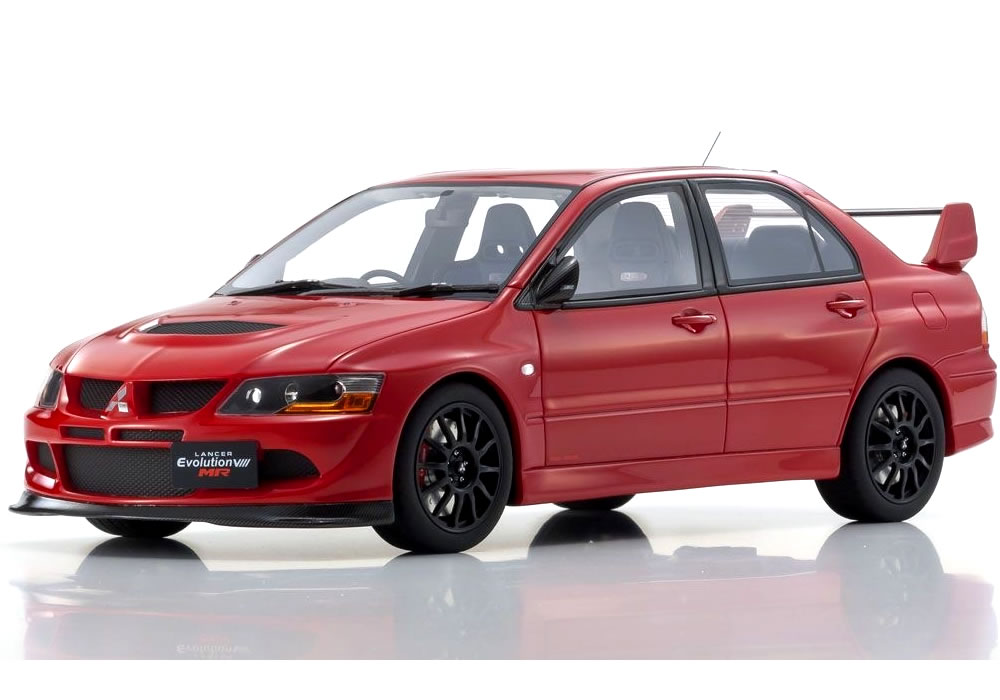 Mitsubishi made a name for itself in the sports car industry with models like the 3000 GT and Eclipse, but the Lancer Evolution changed the face of Mitsubishi forever.

But it wasn’t the first edition of the model that made a mark in the industry. After it was released in 1973, the Evolution was produced for a short time before it was scrapped for other models.

However, when it was re-released in 1993, Mitsubishi made sure the vehicle was ready to lead the pack of sports cars. The 1993 model made 244 horsepower – which put it well ahead of the competition at that time. In 1995, Mitsubishi boosted horsepower to 270 and the model increased in popularity after winning four straight World Rally Championships! 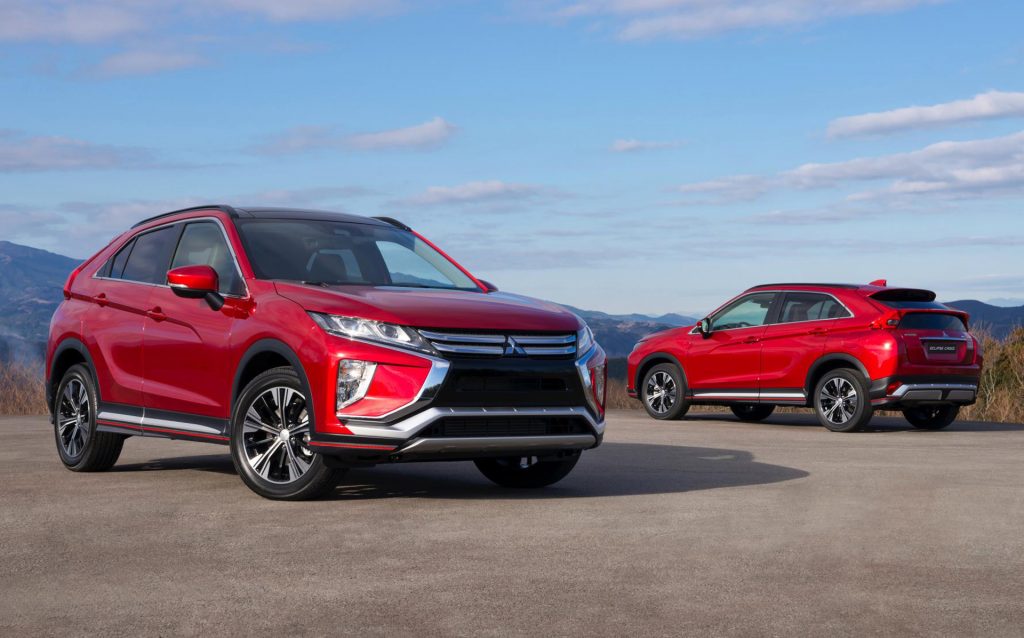 The Mitsubishi Eclipse was a compact sports car first released in 1989 and that was produced until 2012.

The model’s GSX Turbo edition had a 2.0-liter four-cylinder engine that made 195 horsepower and had an all-wheel-drive system that made it fun to drive. But with each new generation of Eclipse, Mitsubishi continued to push the envelope on performance and fun.

The second-generation Eclipse pushed 210 horsepower out of the same four-cylinder engine. By the third generation of the model, the vehicle made the same horsepower but got through its gears faster behind the power and torque of the V-6 engine! 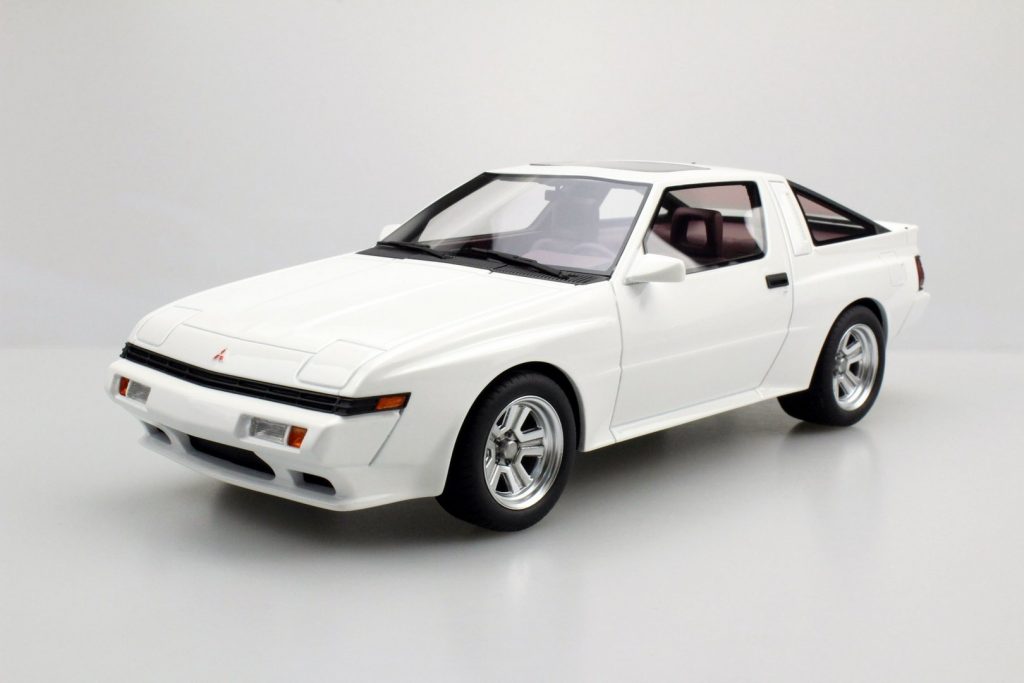 Long before flagship models like the Evolution and Eclipse hit the market, the most popular Mitsubishi sports car was the Starion.

The Station was produced from 1982 until 1989 but left its mark on the Japanese and American automotive industry because of its sporty performance.

With competitors like the Toyota Supra and Mazda RX-7, the Starion held its own with a turbocharged 2.6-liter four-cylinder engine. During its production years, this engine made anywhere from 150 to 197 horsepower.

Models of the vehicle that were brought to America had a 2.0-liter turbocharged engine that enabled the car to shift at higher RPMs as drivers moved through the gearbox.

Are you interested in buying a Starion or other popular Mitsubishi models?

Learn how to find the right Mitsubishi model for you by looking at automotive retailers online! 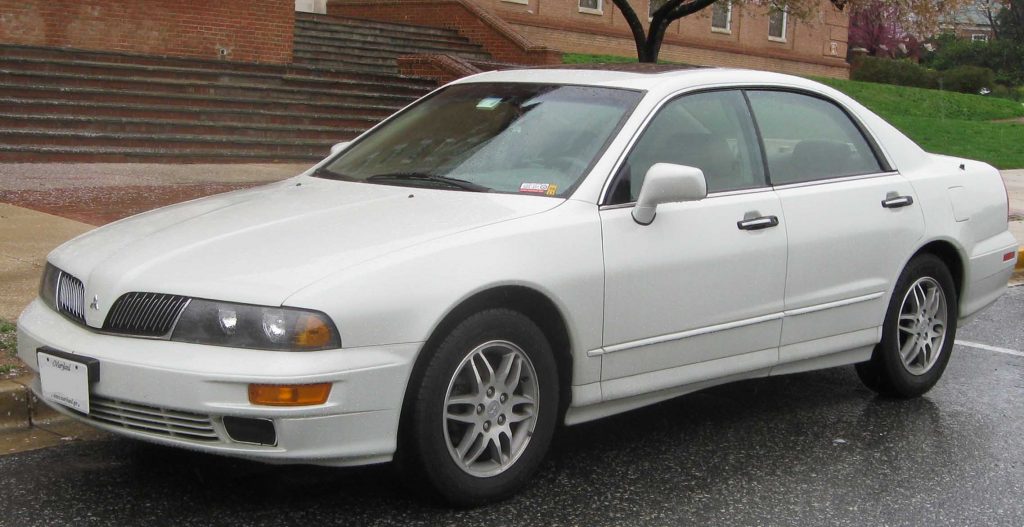 When the Diamante was released to the public in 1990, many people weren’t sure whether it was a Mitsubishi or a BMW.

The full-size sedan had the sleek look of a German luxury vehicle with the Japanese build quality. The Diamante came with a 3.0-liter V-6 and 202 horsepower, and its all-wheel-drive function made it popular throughout the country.

From 1990 to 1995, buyers enjoyed its advanced technology features like active suspension and a CD player. It may be hard to believe now, but in the early 1990s, these vehicle features were ahead of their time. 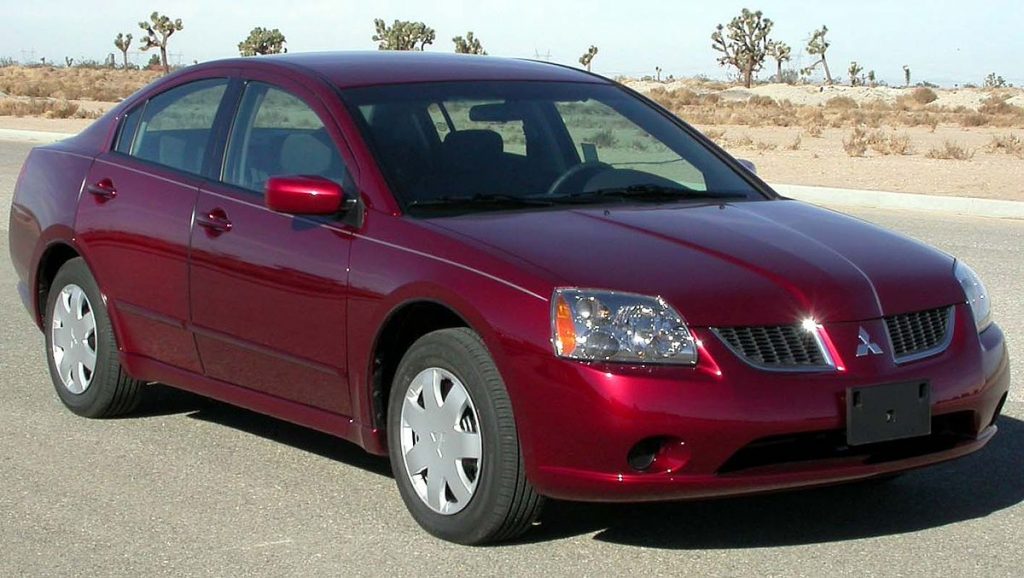 From 1988 until 2002, Mitsubishi produced the iconic Galant model. But because of the popularity of the regular edition, the VR-4 was released to quench the appetite of drivers that loved a sporty, mid-size sedan.

The popularity of the Galant was at its peak when it was first released in 1988. However, the following of the first-generation Lancer, which was released in 1992, overtook the Galant. 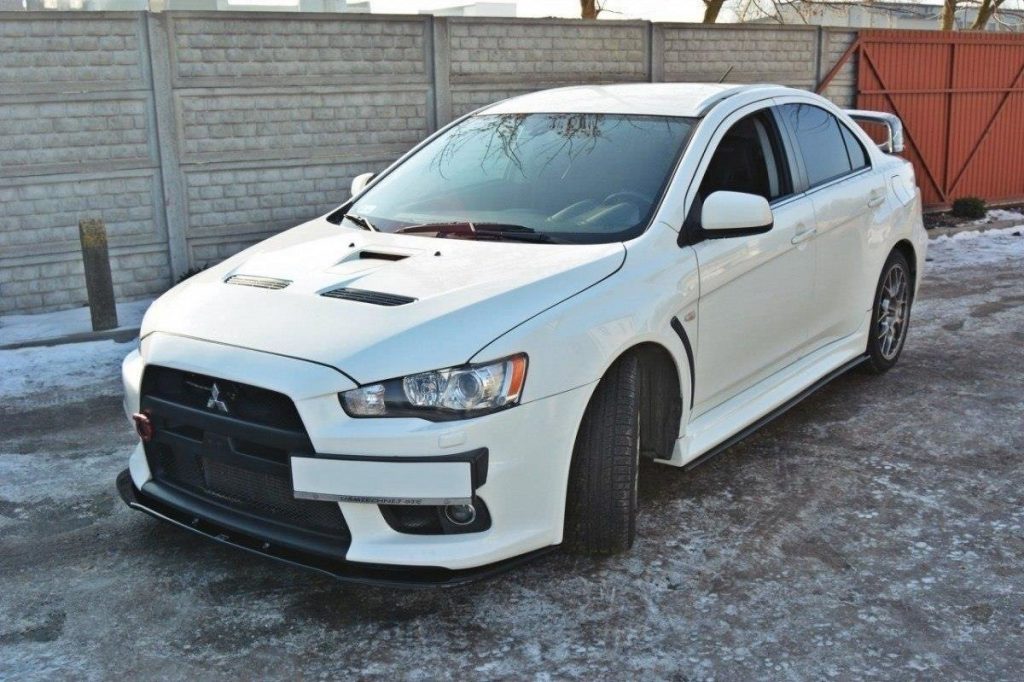 The Mitsubishi Lancer Evolution VI – Tommi Makinen Edition was a game-changer when it came to the Japanese automaker’s performance line.

This edition of the Lancer Evolution VI was released in 1999 to honor Tommi Makinen, the four-time WRC champion the previous four years. Mitsubishi didn’t cut any corners with the Makinen edition, with its bright red paint and unique decals.

But the exterior wasn’t the only special feature about the Makinen edition. There were black and red seats and lower ride height, along with a steering ratio that helped it move through turns with ease.

Tommi Makinen Edition also was able to go 0-60 miles per hour in only 4.5 seconds! 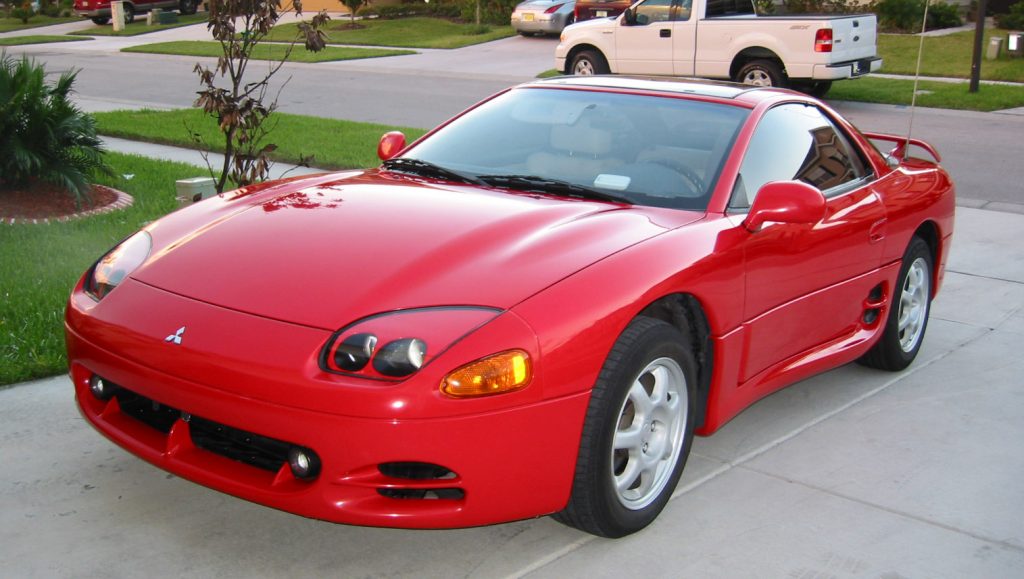 When Mitsubishi released the 3000 GT model in 1990, it quickly became arguably the automaker’s most recognizable vehicle of all-time.

For 12 years, Mitsubishi continually upped the ante when it came to the vehicle’s performance. Earlier editions of the model boasted a twin-turbo V-6 engine producing 296 horsepower. But later models added another 24 horses to its powerful all-wheel drive.

GT VR-4 also boasted an active rear spoiler which helped the sports car have precise handling as it maneuvered turns. Today, this car is still sought after by car enthusiasts everywhere even though it’s been years since this model was discontinued. 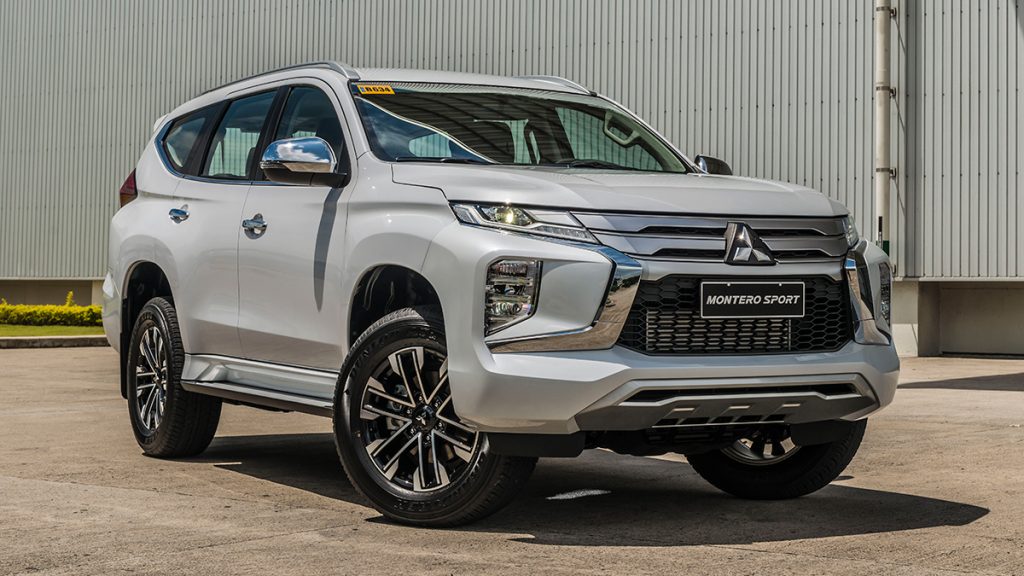 Although Mitsubishi is arguably best known for its sports car models, the Montero was a popular SUV for more than two decades.

It was first released, the Montero was an affordable SUV with a boxy sort of shape despite its mid-size seating capacity. But when Mitsubishi overhauled the model in the 1990s and gave buyers powertrain options, the popularity of the model took off.

The Montero offered different four-cylinder and V-6 engines, which was appealing to drivers that wanted to take the SUV off-road for adventures! 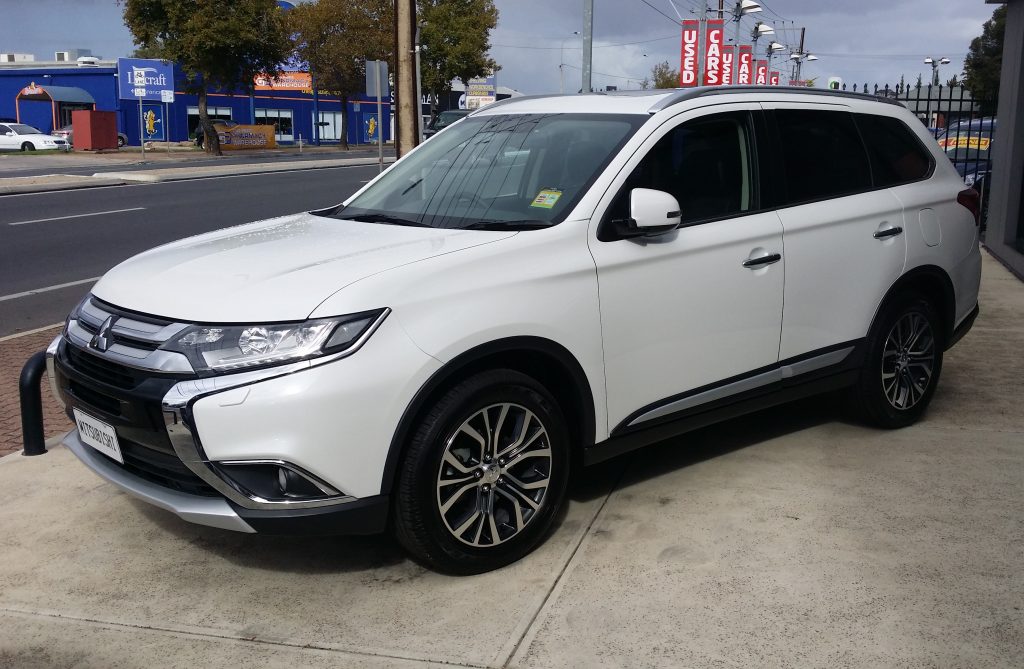 The Outlander has been Mitsubishi’s venture into the crossover market and had sustainable success worldwide.

Since it began being built in 2001, the Outlander has had three generations of the model and is still being built today. Buyers can choose between a four-cylinder engine that makes 166 horsepower, or upgrade to a 3.0-liter V-6 engine with 224 horses. For drivers looking for a more eco-friendly model, the Outlander also has a P-HEV version.

With the popularity of crossover SUVs, the Outlander figures to be a leader for the Mitsubishi line now and into the future! 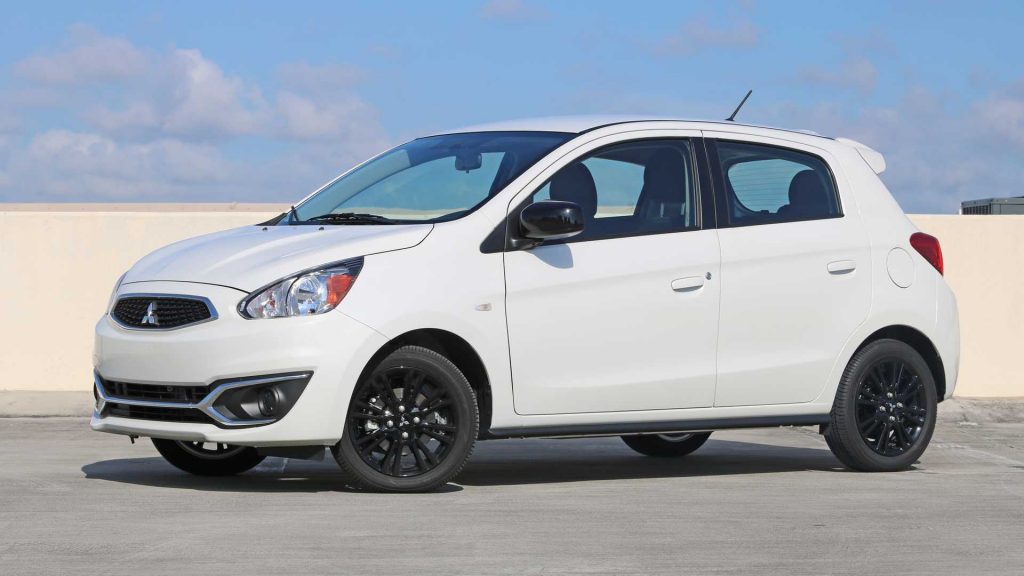 The Mitsubishi Mirage is the Japanese automaker’s popular compact car that competes against vehicles like the Ford Focus and Honda Civic.

Perhaps one of the vehicle’s best features is its 10-year/100,000 mile powertrain warranty. The warranty is far superior to the five-year/60,000 mile warranty offered by its competition.

But besides how Mitsubishi stands by its build quality, buyers also benefit from superior fuel efficiency. The base ES model boasts 36 miles per gallon in the city and 43 miles per gallon on the highway!

Wrapping Up: The Best Mitsubishi Car Models of All Time

For five decades, Mitsubishi has been making vehicles that are popular with people all over the world.

But the best Mitsubishi car models all stand out because of their sporty driving features and styling that always seemed to be a step ahead of its competitors.

Are you in the market for a new or used Mitsubishi?

Check out the reviews on DigestCars to learn more about the best car or SUV to fit your needs!